By Rene Colato Lainez
A bilingual picture book about the rugged journey a boy and his shoes make from El Salvador to the United States.

René Colato Laínez is a Salvadoran author who came to the United States as a teen and writes about his own experiences. In My Shoes and I, he tells how his mother sent him a pair of new shoes from the United States. The boy adores them: They run as fast as he does and always cross the finish line with him.

This assurance adds a promising note to what we already know as readers will be a long journey indeed to the U.S. border. René and his father say goodbye to their friends and home in El Salvador (to escape from the civil war, as we learn in the author's note) and face into a series of challenges: the wind, a hungry dog who tries to steal René's lunch, a thunderstorm that forces them to sleep in a flooding trailer, and much more. René learns to brush the dirt from his shoes, run away from danger in them, and even swim in them when necessary.

Sometimes the father and son take buses, but much of the time they are on foot. René, undaunted, uses his wits and imagination to get by — for instance, when his shoes fill with brown, sticky mud and he chooses to think of them as submarines. Fabrico Vanden Broeck, whose illustrations have been published in The New York Times and other prestigious publications around the world, enhances the tale by his motion-filled images that are mostly at shoe level, as when we see René from the waist down climbing on to a bus, tugging his backpack behind him.

When René and his father must run up mountains as they near the border, René discovers holes in his shoes' soles which, combined with his exhaustion, bring tears to his eyes. His father reminds him, "René, my strong boy, we want to be with Mamá. We won't give up."

That they arrive safely and are reunited as a family makes a profoundly heartwarming contrast to so many stories we hear about refugees today. This was 1985, a different political environment yet not at all without difficulties. In his closing note, the author reminds us that then as now, refugees flee from violence and crime: "Their journey is not a choice but a necessity to look for a better place, where they can accomplish their dreams." He gives us a strengthening dose of hope to help us continue to do all we can for immigrant families.

We strongly recommend that parents, teachers, and other caregivers read this book to children who are trying to understand what is happening today — especially since it is bilingual. It's also a must for every congregation's library and public library. It creates empathy, and empathy creates understanding. 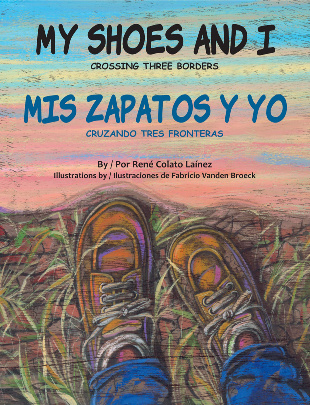