The Reckless Way of Love Notes on Following Jesus

Plough Publishing has rendered all spiritual souls a great service by putting together this collection of excerpts from the writings of Dorothy Day. As D. L. Mayfield comments in the introduction:

"Instead of holding her up as a saint to admire, these writings instead portray an ordinary person simply trying to walk the road of following Christ. . . . She calls on us to lay down our burdens and instead link arms with other Christ-followers throughout the centuries."

Day put others before herself as demonstrated with her work at the New York Catholic Worker, a communal hospitality house for the unemployed and homeless that she founded with Peter Maurin in 1933. She was an advocate for nonviolence and spoke truth to power in her many acts of civil disobedience. When she died in 1980. she owned a creaking bed, a writing desk, a bookshelf, a teapot, and a radio. Her spiritual legacy was immense.

Here are some of her quotes from the five sections of the book: A Way of Faith, A Way of Love, A Way of Prayer, A Way of Life, A Way of Community.

On Discipleship to Jesus
"Our arms are linked — we try to be neighbors of his, and
to speak up for his principles. That's a lifetime job."

It's A Tough World Out There
"Life gets harder. How hard it is to down the violence in our own natures — to 'be present' and suffer and have faith and hope. To keep an appearance at least of calm confidence that 'all will be well, all will be very well.' Must read Julian of Norwich again."

Keep Asking for This Love
"Two people who are deeply in love are thinking of each other all the time and what they can do for each other. So we must be with God. The love of God is more intense than any human love. Keep asking for this love."

Unbearable Suffering
"What unbearable suffering there is in the world today, all around us, in mental hospitals, in prisons as well as in war, and we know little more about them than the Germans claimed to know of the atrocities committed during the Holocaust in Europe. When we do know, what can we do? We cry out helplessly, to lighten the burden of suffering in the world. We have the teaching of Jesus on the works of mercy listed in the twenty-fifth chapter of Saint Matthew, of course."

Be a Witness to This Other Kingdom
"Our lives are open to all. We belong to a kingdom not of this world, though we are in it. May you be a constant reminder, a witness, of this other kingdom, this glorious and beautiful kingdom where we are willing and obedient and joyful subjects." 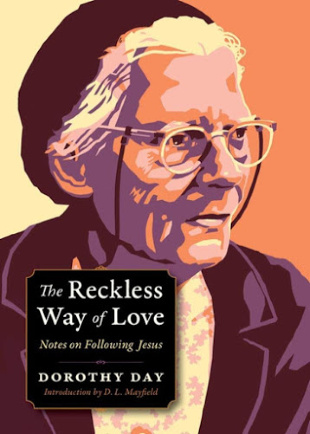