By Neil Douglas-Klotz
Words from the Lebanese-American writer on the great mysteries of life.

Kahlil Gibran (1883 - 1931) was a Lebanese-American artist, poet, and author. After immigrating to the United States with his family, he studied art and started a literary career, writing in both English and Arabic. His most popular work, The Prophet, was released in 1922 and is a prime example of inspirational fiction. A 2015 animated film presents eight of his profound and poetic wisdom teachings.

Neil Douglas-Klotz is a world-renowned scholar in religious studies, spirituality, and psychology. A longtime interpreter of mystical writing, he is the editor of this paperback, the third of a four-volume series on Gibran's writing.

In the Introduction, Douglas-Klotz writes about this visionary's fascination with puzzles and riddles, his penchant for seeing things from two points of view, his search for balance and meaning, and his love of mysticism. This book collects Gibran's words on life's big questions and the mysteries of the spiritual path.

Here are a few of our favorite selections from the book: 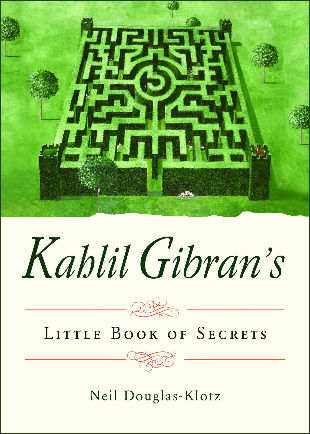