The Book of the Moon A Guide to Our Closest Neighbor

By Maggie Aderin-Pocock
A fact-filled and creative look at the moon by the BBC's "face of space."

Dr. Maggie Aderin-Pocock is founder of Science Innovation Limited, a company designed to engage the public with science. She is also known as the BBC's "face of space." Like Zorba the Greek in the film about the vagabond who claims to have many names, this space scientist also likes to refer to herself as "Lunatic" thanks to her fascination with all things lunar.

In the first chapter, Aderin-Pocock covers some basics such as the Moon's physical characteristics, its landscape and "wrinkle ridges," its internal structure, and its thermal quakes. One of the interesting facts we mined in this chapter is that a day on the moon "lasts about one Earth month, and it is daylight for just over two weeks, followed by about two weeks of darkness."

Although she admits she's delighted in the presence of children who are intrigued with our celestial partner, the author is even more excited when she delves into the prehistoric cultural history of "Moongazing." Women and men of diverse places and backgrounds — from the ancient Aurignacian people in 30,000 BCE France to the mathematician-astronomer Aryabhata in 499 CE and onward — have been inspired to greater curiosity, creativity, and exploration.

In the last chapter, Aderin-Pocock examines the ongoing discussions and debates about the future of science on the Moon including space tourism, human colonies, and commercialization of this place's resources. She writes, "Our ancestors had long hoped to travel to the Moon, Mars, and beyond. We have taken that first step, and maybe the Moon will also be the stepping stone that enables us to reach the stars." 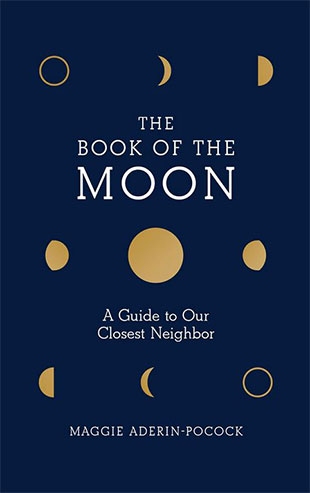