Politics & Conscience Dag Hammarskjold on the Art of Ethical Leadership

By Roger Lipsey
A beautiful presentation of the legacy of this extraordinary statesman.

Dag Hammarskjold was the second secretary of the United Nations serving from April 1953 to September 1961. In this short work, Roger Lipsey, author of Hammarskjold: A Life, delves deeply into his extraordinary life and legacy. To whet your interest, here are a few of his words, revealing his maturity of mind. No wonder John F. Kennedy called Hammarskjold "the greatest statesman of our century."

In a series of memorable chapters, Lipsey charts the career and inner life of Hammarskjold on facing facts, the complicated process of negotiation, the healing power of time, perseverance, global interdependence, a world full of meaning, and the way of a statesman.

You can find more substantive material on this former Secretary General of the United Nations in our Naming the Days feature for Dag Hammaskjold Day (September 18) and in our review of Cold Case Hammarskjold about his untimely death in an airplane crash. 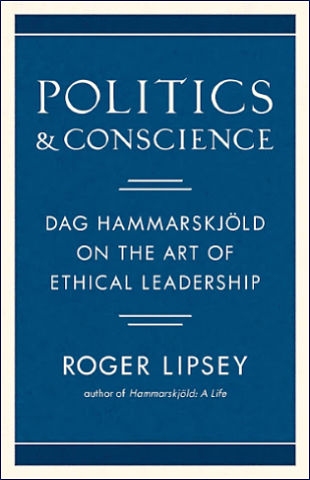