Caste The Origins of Our Discontents

By Isabel Wilkerson
A hard-hitting and enlightening expose on the caste system in the United States.

When we think of caste, India and Germany come to mind. For centuries, a rigid caste system in India determined what rights and privileges would be given to different groups in the society, with the lowest caste, the untouchables suffering the most discrimination. In Germany, the Nazis divided people by race and religion which evolved into a campaign to exterminate the Jews.

This hard-hitting and enlightening book looks at the history of white subjugation of Blacks in America over the past 400 years. Whereas traditionally this ranking of people has been considered to be a function of racism, Wilkerson sees it as a caste system. She is a daring and creative historian who has already won a Pulitzer Prize for her New York Times bestseller The Warmth of Other Suns. Early in this work she notes that when the Nazis sought ways to subjugate Jews, they sent researchers to study the effectiveness of Jim Crow laws in the American South. A few pages later she uses the Matrix series of movies as a metaphor for a caste system that is largely unseen by the people it controls (see excerpt).

Wilkerson delineates eight pillars of caste systems around the world: including divine will, bloodlines, control of marriage and mating, purity versus pollution, occupational hierarchy, dehumanization, terror and enforcement, inherent superiority versus inherent inferiority. "Caste," she explains, "is the granting or withholding of respect, status, honor, attention, privileges, resources, benefit of the doubt, and human kindness to someone on the basis of their perceived rank or standing in the hierarchy."

The author uses stories from the lives and experiences of Dr. Martin Luther King, Jr, baseball player Satchel Paige, and others to flesh out ways in which individuals, groups, and nations seek to enslave, humiliate, and bring down those they consider as inferior or undesirable.

The worst form of torture in China was called "a death by a thousand cuts." Today the hearts, minds, and souls of millions of ethnic peoples in America are scarred and irreparably damaged by a hidden caste system, a rigid hierarchy of human rankings. It is reinforced by innumerable small and large-scale cuts.

Caste makes a solid case for why we need a dignitarian movement based on reverence for the personhood of all people. 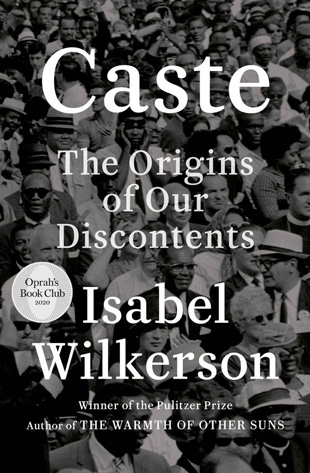 All Rise: Somebodies, Nobodies and the Politics of Dignity by Robert W. Fuller