By David Sheff
The remarkable story of a prisoner's transformation into a bodhisattva.

Jarvis Jay Masters has spent 30 years on death row in San Quentin State Prison. This is the incredible and emotionally touching true story of his spiritual transformation into a bodhisattva dedicated to reducing the suffering of others.

Over the course of three years, David Sheff, the New York Times bestselling author of Beautiful Boy, made 200 trips to death row and recorded more than 150 hours of conversations there; he also spoke with Masters for countless hours by phone.

Though not a Buddhist himself, Sheff learned a multitude of lessons from Masters about compassion and forgiveness. To other prisoners and even some of the guards he became a role model and mentor in conflict resolution and nonviolence. Over the years he was visited regularly by his teacher, the renowned Tibetan Buddhist Pema Chodron. Sheff describes one of their meetings:

"Years ago, Jarvis told Pema he wished he could start a class in meditation and Buddhism on death row. He'd once believed that Buddhism was irrelevant in prison but had come to believe it could help every inmate. They lived in hell, and Buddhism taught practitioners to find peace and meaning wherever they were. Peace waited where there was no past or future, and meditation was the path to that place."

Masters' actions and practice win the respect of His Holiness the Dalai Lama, who wrote:

"This book shows vividly, how, even in the face of the greatest adversity, compassion and a warm-hearted concern for others bring peace and inner strength, which is a true source of joy." 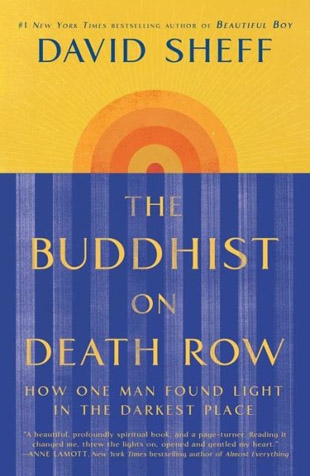