By Helen Macdonald
Wonder-filled essays on the marvels of the natural world and the threats to non-human survival.

"Someone once told me that every writer has a subject that underlies everything they write. It can be life or death, betrayal or belonging, home or hope or exile. I choose to think that my subject is love, and most specially love for the glittering world of non-human life around us."
— Helen Macdonald

Helen Macdonald is a writer, poet, illustrator, and naturalist, and an affiliated research scholar at the Department of History and Philosophy of Science at the University of Cambridge. She is the author of the bestselling H Is for Hawk, as well as a cultural history of falcons and three collections of poetry. Macdonald now writes for The New York Times Magazine.

In the 41 essays here, the author uses her senses in the presence of many different kinds of animals. She proves to be her own kind of wonder woman as she marvels at Eurasian cranes returning home to Hungary; notes that wild boars in British woods who aren't at all like pigs; don't look like pigs; songbirds migrating past the Empire State Building in New York and falcons hunting in Ireland. She enjoys hunting mushrooms and using all kinds of field guides. She is astonished when a swan sits down beside her and falls asleep. And she worries about animals like the fox who are under attack from human hunters,

Macdonald laments that these are terrible times for animals:

"When animals become so rare that their impact on humans is negligible, their ability to generate new meanings lessens, it is then they come to stand for another human notion: our moral failings in our relationship to the natural world. The world has lost half its wildlife in my own lifetime. Climate change, habitat loss, pollution, pesticides and persecution have meant that vertebrate species are dying out a hundred times as fast as they would in a world without humans."

If we all, like Macdould, could train our attention to see the wonders of the non-human world all around us, then perhaps we could turn this downward trend around. 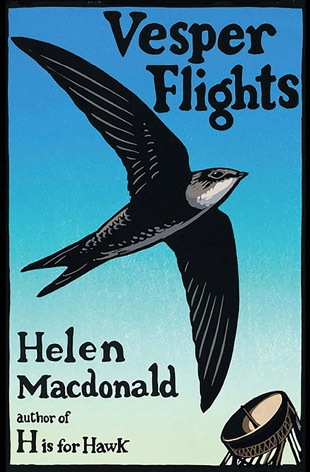