By Simon Gathercole (editor and translator)
Alternative versions of the story of Christ.

There have been other collections of these texts, some for scholars, some for the interested general reader, but never has there been a collection this inclusive.

By “apocryphal” gospels we mean those that are not included in the New Testament. Sometimes these have been gathered under other adjectives such as “hidden” gospels or “secret” gospels. Each adjective is accurate in some way.

Most of these texts are ancient, having originated in the centuries (the third and fourth centuries of the Common Era) when the canonical gospels of the New Testament — meaning, the four gospels that the early church leaders chose to include in the canon of its scripture — were codified. Some are long, such as “Marcion’s Gospel,” which is roughly the length of the Gospel of Matthew. Some are very short in length, such as “Jesus’ Correspondence with Abgar,” which includes a short letter written by Abgar, a king of the Romans, to Jesus, followed by Jesus’ letter in response. Jesus writes to the king, in part: “You are blessed, because you have believed in me without seeing me. For it has been written of me that those who have seen me will not believe in me, while those who have not seen me will believe and live.” This is an instance in which the apocryphal gospel reinforces the canonical gospel accounts.

But you will also find here some alternative versions of the story of Christ that show him creating live birds from clay, like a magician might do (this story, incidentally, was then repeated twice in the Qur’an) and receiving secret words of instruction from above and beyond. Stories illuminate some of the origins of what became Catholic legends and traditions of understanding: for instance, Christ’s “Harrowing of Hell” that is supposed to have taken place on the otherwise mysteriously quiet day between the crucifixion and the resurrection. An entire section of texts is devoted to “Dialogues with the Risen Jesus.”

Also of value in this volume, and unique to it among other such books, is the inclusion of two modern forgery gospels: “The Secret Gospel of Mark” from the twentieth century and “The Gospel of Jesus’ Wife,” a twenty-first century forgery that was taken seriously by many.

The editor’s introduction is helpful for understanding history, context, and style of these fascinating texts. He also writes short introductions to each text in turn. There are explanatory notes and an index at the back of the book. 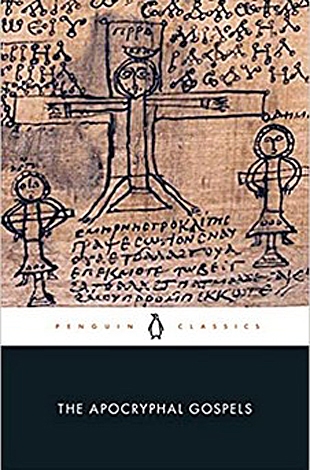