The God Who Gave You Birth A Spirituality of Kenosis

By Cyprian Consiglio
A Camaldolese Benedictine monk's insights on the importance and process of kenosis or emptying the self.

In The God Who Gave You Birth, Camaldolese Benedictine monk Cyprian Consiglio shares insights from a lifetime of monastic spirituality and practice. These insights focus on “kenosis,” the Greek word used in the Christian Scriptures to describe Christ’s emptying of himself in the incarnation and the crucifixion. Drawing on a variety of Christian and other religious traditions, Consiglio urges Christians to view their primary task as imitating Christ’s movement of self-emptying by opening to compassion, mercy, and participation in the Trinity’s divine life.

He begins by pointing out major differences between how ancient pagans thought of their gods — like Zeus, who wields power in violent and often arbitrary ways — and the way Jesus described God. For instance, Jesus tells the apostle Philip that God is like Jesus himself: compassionate, merciful, seeking the lost, self-emptying. This contrast makes clear that what really is new in Christian revelation is how power is used. While the pagan gods displayed their power to demand sacrifice and servitude, the self-emptying Christian God wants to share power and invite all to partake of divine treasures.

Consiglio’s focus on the ways the Christian God shares power and empties himself then leads to reflections on how we ought to live together in society in ways that embody belief in this kind of God. A spirituality focused on self-emptying demands transformation of the individual as well.

For each person’s development in the spiritual life, Consiglio offers contemplative prayer as a central practice for imitating Christ’s own self-emptying. We empty ourselves in prayer, in part, by quieting the ego and making space for the Spirit to work within us. Consiglio discusses this process informally in terms of transpersonal psychology. Though this might be challenging for readers unfamiliar with this school of thought, this way of looking at the contemplative path offers a clear model for understanding an old tradition from a twenty-first century perspective.

One final note about this author, whom I know fairly well. Consiglio’s first two books were written in the voice of a teacher. While I very much enjoy and highly recommend those books to friends and students, I am also glad to see this book. For, here, Consiglio speaks more with his pastoral voice, a voice that is less concerned with consistency of presentation and conceptual knowledge and more focused on an intimate sharing of the pearls of wisdom he has gleaned from a life lived in the monastic path. They are pearls worth gathering up.

_____________
Jacob Riyeff is a Benedictine oblate, translator, teacher, and poet. His books include his translations and editions of Benedictine works from the early medieval through the modern periods, as well as his own poetry collection, Sunk in Your Shipwreck. 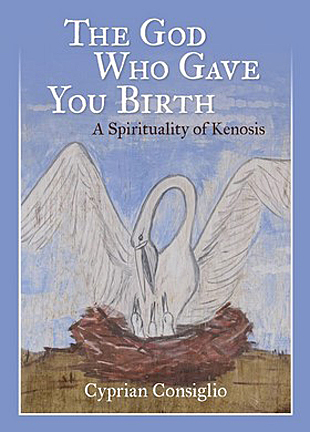