Tuesdays in Jail What I Learned Teaching Journaling to Inmates

By Tina Welling
A memoir showing how we’re all imprisoned by something.

Tina Welling is an author of novels and a nonfiction book called Writing Wild, in which she describes creative writing as her spiritual practice. She lives in Jackson Hole, Wyoming, where she has also recently spent seven years in the Teton County Jail teaching journaling to prisoners.

Welling writes of being motivated by the work of mythologist Joseph Campbell, who taught about the “belly of the whale” segment on every “hero’s journey”; and Welling believes that being incarcerated can, “if used well,” become part of every life journey, patterned with renewal and vitality.

As often found in memoirs of those who work in prisons, Welling explains how she sees herself in those behind bars: “The inmates and I had a lot of characteristics in common. It’s just that they had been arrested and I had not. In our workshop we discussed self-esteem, anger, forgiveness, compassion for ourselves and each other, personal power, codependency, and so much more. It’s true: we teach what we need to know.”

She returns to this theme often — and often beautifully: “Though we are separated either by a metal grate or, in the tower, by a circling armed guard, I think everyone gets that we’re all in this thing called life together. That we’re all imprisoned by something, and that most often it’s our own narrow vision.”

It's a bit odd that none of the 31 chapters have titles, and there is no index in the book, all of which makes it difficult to dip in and out. But this book is worth reading straight through. And you’ll discover gems of writing that are also gems of spiritual teaching. For example: “What we bring into the light, we can work with. What remains in the dark, works us.” Many anecdotes of prisoners’ lives suggest that they benefited from such wisdom.

The book’s message is all about process, and the author uses journaling tools for that work. Spirituality remains essential, and Welling has found unique ways to create openings for her students to explore this. She explains:

“Our parents or caretakers, as our first gods, are our introductions to forces greater than ourselves. This is how we learn spirituality, how to have a relationship with the god of our world, whatever name it goes by: the Force, the Universe, Allah, the Greater Intelligence.”

“Jail can be a place for finding one’s spiritual center. It’s the solitude, the hitting bottom, the claiming of the past, and the fear and hope about what’s next. Yet so many inmates have trouble here. They’ve rejected whatever religion or spiritual teachings loomed in their background, yet they still long for evidence of some greater being that will help usher in the best of them.”

“In our workshops I talk about the spiritual part of life without ever using the word 'God' or other religious terms.”

Quotes from authors such as Hafiz and Eckhart Tolle appear throughout the chapters, and at book’s end there is a “Workbook” of 15 short lessons, with questions and quotations, offering any reader, prisoner or not, “pathways as they engage in their own journeys inward.” 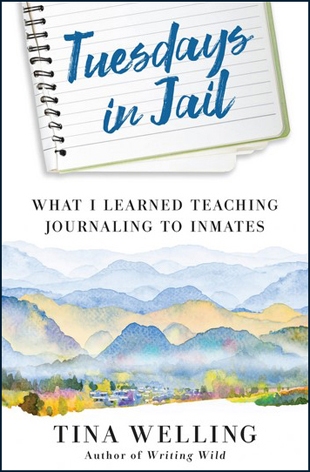