By Ira Rifkin, Editors of Skylight Paths
Pays tribute to a wide variety of prophets and activists from all the world's religions who have deepened and enriched their times.

We are living in the midst of a spiritual renaissance that gives us unprecedented access to the lives, practices, and ethical activities of leaders and iconoclasts from all the wisdom traditions. The editors of this handy and highly informative resource canvassed contemporary religious leaders and experts and asked them to name the spiritual innovators of the twentieth century who brought the most excitement, creativity, and vitality to the religious lives of people throughout the world. Once a list of 75 was chosen, they commissioned religious journalists, authors, book editors, and other experts to write a profile of each innovator and to give a list of his or her writings, quotations, and any books written about this special individual.

Two of the many admirable qualities of this resource are the presence of so many women and the balance between the traditions. Of course, there are many spiritual innovators not included in this volume due to space limitations. Perhaps another will follow. Meanwhile, we can rejoice that Skylight Paths has again done pioneering work in helping us map the cutting edge territories of spirituality in our times. 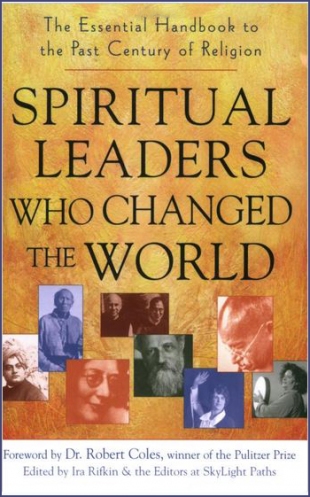