Finding Grace at the Center The Beginning of Centering Prayer

Here is the 25th anniversary edition of the book that launched the multifaith contemplative movement of centering prayer. M. Basil Pennington has contributed a new foreword. This practice of silent prayer has brought Christians together with Buddhists, Hindus, Jews, and Muslims. It has enriched the lives of those in monasteries and in the busy marketplaces around the world. As Pennington points out, it played a quiet but effective role as apartheid came to an end in South Africa. From books, tapes, and workshops, millions of seekers have learned how this devotional tool can help them draw closer to God.

M. Basil Pennington, abbot of Our Lady of the Holy Spirit Abbey in Georgia; Thomas Keating, a monk, priest, and former abbot who now lives at St. Benedict's Monastery in Snowmass, Colorado; and Thomas E. Clarke, a well-known Jesuit writer and spiritual father from New York, outline the basics of the practice covering its roots in the Christian tradition, recommended posture, three simple rules of centering prayer, six thorny thoughts that can interrupt it, and ways to cultivate centering prayer in all dimensions of your life. Father Keating explains how it can lead to "resting in God," a truly felicitous term. He notes: "In this resting or stillness the mind and heart are not actively seeking Him, but are beginning to experience, to taste, what they have been seeking. This places them in a state of tranquility and profound interior peace."

Father Pennington links the modern movement of centering prayer to the prayer of The Cloud of Unknowing, a fourteenth century text. The name, he adds, was inspired by Thomas Merton, who stressed in his writings moving to God by going through one's own center. Pennington concludes his essay with this blessing: "May this simple form of prayer prove to be for you, and for those with whom you share it, a gentle, loving invitation from the Lord to a fuller, richer, deeper life in Him, a life marked by the fruits of the Holy Spirit." 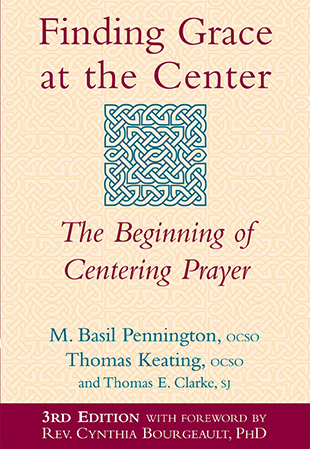