By Ezra Bayda
Shows how regular practice is the key to a life of meaning, purpose, and depth.

In 2002 we gave a Spirituality & Health Book Award to Ezra Bayda for Being Zen: Bringing Meditation to Life. Affiliated with the Ordinary Mind Zen School, he lives, writes, and teaches at the San Diego Zen Center. He begins the well-crafted and down-to-earth essays in his new book with an explanation of the title. It comes from a verse recited in Zen retreats: "May we exist like a lotus, / at home in the muddy water. / Thus we bow to life as it is."

Spiritual practice does not only take place on the meditation mat, Bayda reminds us. It also is done in the midst of the messes and miseries of daily life. All of us cling to what he calls "the substitute life" which we create from the storylines, fears, fantasies, and expectations that cloud our vision. He notes: "Genuine spiritual practice is never about fixing ourselves, because we're not broken. It's about becoming awake to who we really are, to the vastness of our True Nature, which includes even the parts of ourselves we label as 'bad.' "

One of the best things about Bayda's teaching is that he constantly amplifies our understanding of the term practice. One chapter actually includes "Thirty-one Flavors of Practice" where he links it with seeing through the illusion of the separate self, willingly residing in whatever life brings us, moving from a life of emotional upset toward a life of equanimity, the transformation of our unwanted suffering, appreciating our preferences without making them demands, living from the open heart, and dealing with the fear of extinction. Among the difficult subjects he covers are practicing with relationships, trust, sex, and money. He deals effectively with the lessons that can come out of engagement with attachments, whether to comfort, emotional states, our identity, or fears.

In one essay, Bayda squares off with the self-righteous anger that sweeps over him while he is watching a TV documentary about the decision to drop the atomic bomb during World War II. Having thought that the decision was made to save American lives that would have been lost in a land invasion of Japan, he comes to see that it was actually based on showing Russia that we had the might to deter them in the future. In seeing through his own anger, he realizes that there isn't much that separates him from U.S. President Truman and his advisors or from the millions of Americans who still feel proud of their country's early entry into the nuclear arms race. Anger can be an opportunity to help us break down the barriers between us and those we see as enemies or "others." Grief can also open new doors for us as we encounter those hindrances that get in the way of practice. 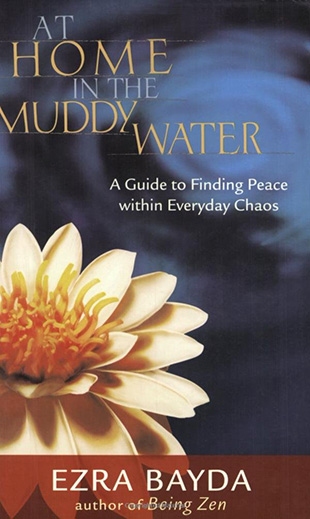