Sitting With Sufis A Christian Experience of Learning Sufism

By Mary Blye Howe
An interfaith gem that ought to embolden others to act upon their deepest yearnings to draw closer to God.

In her path-finding book A Baptist Among the Jews, Mary Blye Howe wrote about joining a Jewish philosophy study group and subsequently attending synagogue services, a holy day celebration, a Torah retreat, and Hasidic and Jewish renewal study circles. She found that this spiritual journey enriched her Christian faith. Howe begins this edifying paperback with a description of herself as a youngster riding a bike to the end of the block and then waving to the sky. When her mother asked her what she was doing, Mary Blye responded, "Waving to God." The Christian church she grew up in emphasized "the eternal, undying love of God" and so it was very natural for her to commune with God as her dearest Friend.

Howe still attends church and regularly goes to synagogue services. She states with candor, "My spiritual life is a rich blend, even as I feel drawn to and at home with some religious traditions over others." After attending a Sufi retreat in Austin, Texas, the author discovered a deep yearning to explore mysticism and the mysteries of the heart. Sufism offered her a unique mix that included an emphasis upon Divine Love, passion, lack of dogma, and diverse spiritual practices. "Sufism is helping me learn again to wave at God," she says.

As the great Sufi poet Rumi made clear, the mystical path of Islam (surrender) can be practiced within any religion. The emphasis is upon drawing closer to the Holy One, and this is done through zikr, a ritual during which Sufis seek to imprint God on their hearts through movement and chanting sacred phrases. A sense of God's presence is also evoked through a relationship with a shaykh or teacher, and Howe meets one from Turkey, Baba Sherif, who now leads a community in North Carolina. "I instinctively knew I could do or say anything around him and he'd still love me. He seemed both divinely radiant and utterly comfortable to be with." The author savors his spiritual discourses, which Sufis called sohbet. He says, "To be a true friend of Allah is to live Allah in your heart." She remembers that Jesus and the Jewish prophets emphasized the same thing.

Howe's spiritual life deepens as she practices meditation, zikr, praying, and using various disciplines to open her heart and drive out its impurities. She learns to treasure her dreams, attends Sufi retreats, and witnesses sema, the whirling ceremony that Rumi's followers practice to this day. Her involvement in Sufism expands her sense of God as One who dances and embraces every human being no matter what their religion.

Traveling the mystical path with others enables Howe to appreciate the value of kindness, generosity, humility, and compassion. She comes back to where she started — to an abiding sense of God's presence in her daily life. This brief but poignant account of Howe's spiritual journey with Sufis is an multifaith gem that ought to embolden others to act upon their deepest yearnings to draw closer to God. 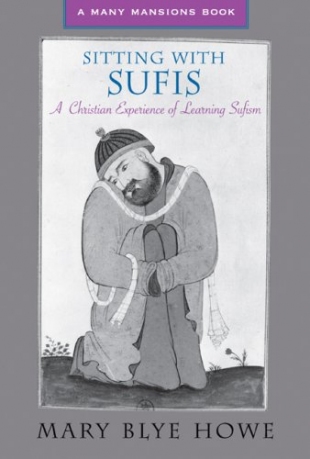