The Good Heart A Buddhist Perspective on the Teachings of Jesus

By His Holiness The Dalai Lama
Makes a good case for the value of interreligious encounters.

In 1994, the Dalai Lama, leader of Tibetan Buddhists, was invited to give the John Maine Seminar for a group of Christians in London. This paperback is the result. His comments were organized around eight New Testament passages including the Sermon on the Mount, the parable of the mustard seed and the Kingdom of God, the Transfiguration, and the Resurrection.

The Dalai Lama's reflections on the teachings of Jesus contain cogent insights into loving your enemy, compassion, equanimity, and service of others. In his answers to questions after each session, he demonstrates the spiritual practices of deep listening, hospitality, and openness. While acknowledging similarities between Buddha and Jesus, he is careful to also honor the differences between them.

The Good Heart is an admirable invitation to future dialogue between Christians and Buddhists. And it certainly makes a good case for the value of interreligious encounters. 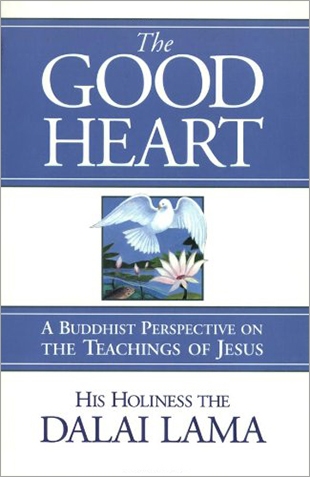