The Soul of Christianity Restoring the Great Tradition

By Huston Smith
An erudite examination of the essential teachings of Christianity.

Huston Smith is considered to be the pre-eminent public scholar of world religions. He appears frequently on national TV and radio and was profiled in a PBS series with Bill Moyers. Asked in one of those interviews what he had learned from a lifetime of studying the religions of the world, Smith responded, "the winnowed wisdom of the human race."

This passionate volume is neither an academic work nor a combative assessment of Christianity, Smith's own faith tradition. He presents what he sees as the "spiritual gold of Christianity, its intellectual expanse, the vastness of its atmosphere, and its genius for cutting through to the quick of life." He believes that the myth of endless progress through science-powered technology has run out of steam and that the times are ripe for a retrieval of first millennium Christianity and its voices of peace, justice, and beauty.

Smith's parents were missionaries in China and instilled in him a faith that could transcend the secular culture of modernity. While writing this book he would find that some ideas just burst into song and he found himself singing lines from hymns. Although the author covers many dimensions of Christianity, he reveals the most enthusiasm in his portrait of Jesus as a charismatic wonder-worker and exemplary teacher. He sees Jesus' life as one of "humility, self-giving and love that sought not its own." He is quite taken with Jesus' use of gigantesque, invitational language to work with people's imaginations and to open them to the kingdom of God.

Smith also celebrates the early Christian community as comprised of radiant individuals who seemed to be released from fear, guilt, and self-centeredness. "They evidenced a tranquility, simplicity, and cheerfulness that their hearers had nowhere else encountered" — a kind of transformation the world desperately needs today. Equally important is the respect believers have for mystery: "We are born in mystery, we live in mystery, and we die in mystery. It is not a dead mystery that bogs down in befuddlement. Religious mystery invites; it glows, lures, and excites, impelling us to enter its dazzling darkness ever more deeply." 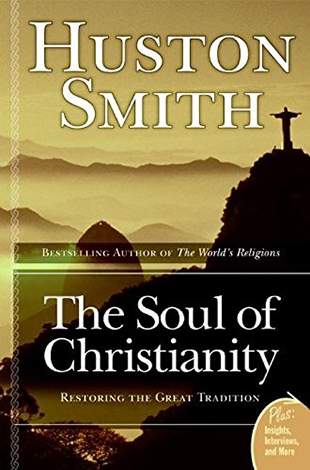