By Dana Greene
A biography of this Christian philosopher who pioneered the popularization of mysticism.

"We most easily recognize spiritual reality when it is perceived transfiguring human character, and most easily attain it by sympathetic contagion," wrote Evelyn Underhill (1875-1941), the author of 39 books and over 350 articles. As a Christian philosopher, she pioneered the popularization of mysticism and was the first laywoman within the Anglican Church in England to lead retreats. Dana Greene has written a cogent and vivid biography of this spiritual explorer whom she calls "an artist of the infinite."

In her books, essays, poems, biographies, and critical editions of original texts, Evelyn Underhill probed the fecundity of mysticism as a primal experience of the love of God. In her forties, she worked with Baron Friedrich von Hugel, a Roman Catholic theologian who became her spiritual director. He set her on a new path of service to the institutional church and gave her a fresh appreciation of the sacramental life. Underhill's spiritual renewal resulted in years of lectures and retreats for Anglicans in which she sought to care for their souls. This excellent biography ought to send many readers back to the writings of Evelyn Underhill. 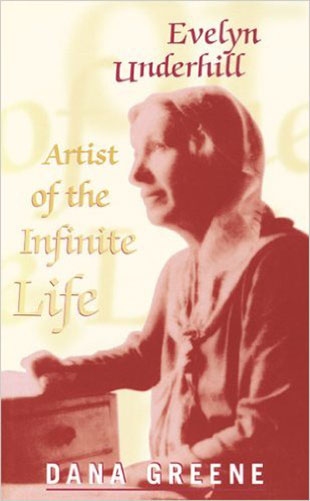