By Kabir Helminski
A masterful primer on the education of the soul and the inner work of transformation.

G.I. Gurdjiefff originated the term "The Fourth Way" to describe the spiritual path of someone who follows the heart in the midst of everyday life in contrast to the ascetic, monk, or yogi, who separates him- or herself from the world. In this masterful primer on the education of the soul and the inner work of transformation, Sufi teacher Kabir Helminski presents his own special vision of everyday spirituality. At its core is presence, "the point of intersection between the world of the senses and the world of the Spirit."

Through an arduous process of reconditioning and unconditioning, we can be released from the tyranny of the ego with its compulsive games and delusions. Helminski, an American-born sheikh of the Mevlevi Order of Sufis, is convinced that the "Work" demands a commitment to practice. Some of the elements of this path include the refining of our attention through meditation, gathering the fragmented self, listening within, balancing the outer and the inner, attending to the mysteries of the body, and opening to others in a communal circle of love.

Rumi once noted: "The Sufi's book is not ink and letters; it is nothing but a heart white as snow." Helminski sees this organ as "the antenna that receives the emanations of subtler levels of existence." As human beings, it is our calling to awaken the heart, or the spiritual mind, by being "more sensitive, focused, energized, subtle and refined."

Although the various distinctive forms of religion are important, the traditions also share certain essential virtues which can be practiced with intention and ardor. They include patience, kindness, honesty, generosity, humility, and love. Helminski points out that the Prophet Muhammad said: "I came to perfect moral virtues."

Sufis prove to be master practitioners of everyday spirituality with beautiful applications of these qualities. For example, dervishes don't "put out" a candle, they "put it to rest." Sufi musicians kiss their instruments before and after playing them. This regular practice of reverence, or respect for all things, is part and parcel of living out of the heart. Through the practice of salaat, the five-times-a-day prayer, Sufis surrender themselves to Allah. They also fast which is "meditation of the body."

Helminski closes this paperback with a brief delineation of Sufism with its emphasis upon the development of presence and love. He also salutes its accent upon "the unity of being, that we are not separate from the Divine. This is a truth that our age is in an excellent position to approach&nbspWe are One: one people, one ecology, one universe, one being;. . . Sufism is about realizing the current of love that runs throughout all life, the unity behind forms."

This understanding is what makes Sufis both pioneers and wonderful ambassadors in this age of interspirituality. They have the experience and the practices to present to the world a Fourth Way that is eminently sane and salutary. 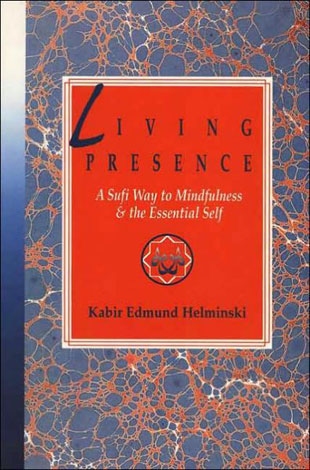