Home Tonight Further Reflections on The Parable of the Prodigal Son

By Henri J. M. Nouwen
A rewarding discussion of Rembrandt’s Prodigal Son painting and the author's own dark night of the soul.

Henri J. M. Nouwen (1932 - 1996) was a Catholic priest who taught at several theological institutions and universities in the United States. He spent the final years of his life ministering to the mentally and physically disabled at L'Arche Daybreak community in Toronto, Canada.

In one of his most popular books, The Return of the Prodigal Son (1992), he examined and interpreted Jesus’ most famous parable, using Rembrandt's painting of a scene in the story to deepen our appreciation and understanding of the text. This paperback is based on never-before-published materials from a workshop inspired by Nouwen's experiences with his solitude, the Gospel story, and the painting. In the workshop, he directed participants to enter into quiet time and to practice three ancient disciplines: listening, journaling, and communing.

The first section of the book deals with the prodigal son and his exile from home. Nouwen also discusses his own loneliness and his belonging to his own family although he traveled far away from them. "We, like the young prodigal, can learn to act ahead of our feelings, trust that love is there, and make our shaky return." Nouwen writes about the dark night of the soul and the prodigal's lostness. He then points out the Father's unconditional love that does not have to be won back.

Next, Nouwen examines the elder son and his deep resentment of his father's treatment of his wayward brother. Instead of rejoicing with the prodigal's return, he complains about the unfairness of the situation. Nouwen writes:

"Moving away from resentment requires moving toward something more positive, and that something is thankfulness. Why? Because gratitude is the opposite of resentment and gratuity moves us away from the world of earning-and-repayment in love."

The author reveals that Rembrandt was able to paint the prodigal's return only after a life of incredible suffering. When Vincent van Gogh saw this painting, he said, "You can only paint this painting when you have died many deaths." But there is another side as well. Only from a deep sense of joy could the homecoming be depicted with such power. Rembrandt and Nouwen leave us with an image of how God yearns to be in communion with us. 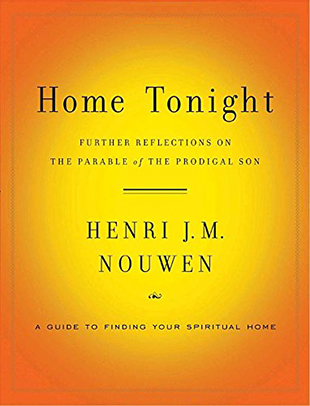