One Hundred Wisdom Stories From Around the World

By Margaret Silf
A wonderful collection filled with glints of truth about God, human nature, and the mysteries of life.

Margaret Silf is a retreat leader and the author of Wayfaring: A Gospel Journey Into Life. She has gathered 100 wisdom stories from around the world and divided them into sections on destiny, treasure in everyday life, the triumph of good over evil, lasting values, warnings, the art of living true, patience and determination, sacrifice, and our relationship with all creation. We recognized many of these tales as old friends — the salt doll by Anthony DeMello, the Christmas gifts by O. Henry, St. Francis and the wolf, people with long spoons in heaven and hell, the leaky bucket, the room filled with manure and the one who thinks there must be a pony in there somewhere, the Hasidic tale about signs of daybreak, the Zen account of the man who can't get the girl out of his mind, and the tale about the treasure that is always close at hand.

Here is an amusing retelling of a West African fable to whet your interest:

"One day, God took a walk across the earth, disguised as an old tramp. He made his way through the fields, where a group of friends were working, and decided to have a little joke with them. He put on a hat that was red on one side, white on the other, green on the front and black at the back.

"As the friends walked home to their village that night, they talked about the old tramp:

" 'Did you see that old man in the white hat walking through the fields?' asked the first.

" 'Don't tell me that,' retorted the first. 'It was definitely white!'

" 'There's nothing wrong with my eyes,' snapped the second. 'It's you! You must be drunk!'

" 'What's the matter with you all?' rejoined a fourth. 'It was a black hat. Anyone could see that! You were obviously half asleep when he walked past. What fools you all are!'

"And so the argument continued, and before they knew what was happening to them, the group of friends had become a band of enemies.

"And the strife continues. To this day, the descendants of those former friends still go on arguing. The White Hatters versus the Red Hatters, the Green Hatters versus the Black Hatters--each party believing that it knows, beyond any doubt, the colour of God's Hat.

"As for God, he still walks the fields in disguise, saddened now. But the Mad Hatters are too fiercely embroiled in their arguments to notice."

Enjoy the glints of truth that shine through these wonderful stories! 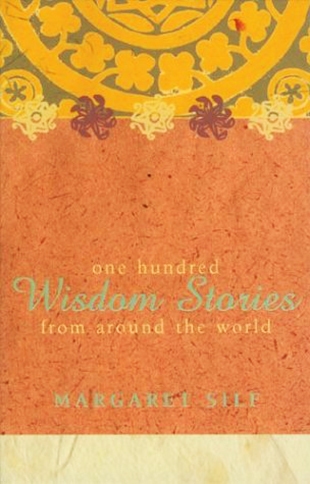