Faces of Compassion Classic Bodhisattva Archetypes and Their Modern Expression

By Taigen Dan Leighton
An exploration of the imagery and lore of seven important archetypal bodhisattvas of Buddhism.

"Bodhisattvas are beings who are dedicated to the universal awakening or enlightenment of everyone. They exist as guides and providers of succor to suffering beings and offer everyone an approach to meaningful spiritual life," writes Zen priest, leader, and translator Taigen Daniel Leighton. In this edifying and imaginative revised edition of his 1998 classic with a foreword by Joan Halifax, he examines the seven major bodhisattva figures of the Mahayana tradition. There are five cosmic or mythic bodhisattvas — Manjushri (prince of wisdom), Samantabhadra (wisdom), Avalokiteshvara (heart of compassion), Kshitigarbha (earth mother), Maitreya (lovingkindness) — and two historical ones — the Buddha Shakyamuni (who was first Siddhartha Gautama) and Vimalakirti (a layman iconoclastic follower of Skakuyamuni). Leighton keys each of these liberators to the ten transcendent practices called the paramitas in Sanskrit.

Perhaps the most innovative and dramatic aspect of the book is the way the author discusses modern exemplars of the seven bodhisattva archetypes including Bob Dylan, Margaret Mead, Dr. Martin Luther King, Jr., Albert Schweitzer, Toni Morrison, Gary Snyder, and Thich Nhat Hanh. He concludes "The bodhisattvas are not glorified, exotic, unnatural beings but simply our own best qualities in full flower."

This is a watershed Buddhist work on the qualities that make for sainthood in our times. It deserves to be put on the shelf next to Joan Chittister's A Passion for Life: Fragments of the Face of God (1996) and Robert Ellsberg's All Saints: Daily Reflections on Saints, Prophets, and Witnesses for Our Time. (1997) 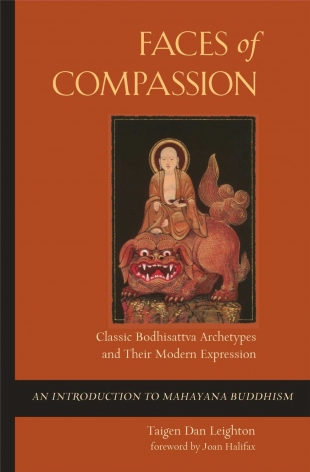