By Joan Chittister
Twelve soul-stretching meditations on issues that touch the central core of our lives in relationship to God, the world, and others.

Joan Chittister has been a leading voice in contemporary spirituality and church and world issues for more 25 years. She is a widely published author, columnist, and noted international lecturer. This paperback contains 12 soul-stretching meditations on issues that touch the central core of our lives in relationship to God, the world, and others.

We live in a culture that saturates us with data and leaves us exhausted at the end of the day, still trying to make sense of only a tiny sliver of the information that has passed through our consciousness. Chittister believes that we have a high and holy calling to become fully human. To her, that means sorting through the most important questions and making our own meanings in light of our conscience and with the guidance of the Holy One. As usual, her meditations contain thoughts from seers and teachers of all religious traditions. Many of the quotations are ones you will want to write in a notebook.

Over the years, we have heard a lot about the value and the virtue of living simpler lives. But what does that really entail? In the first meditation, she observes: "Simplicity of life in a complex and complicated world is marked by four characteristics: It is honest, detached, conscious, and serene. Simplicity is an attitude of heart, not a checklist of belongings." This slight change of emphasis — from belongings to heart — makes all the difference in the world as we begin to pursue this holy grail.

Chittister begins her meditation on "When Is War Unjust?" with the following story that leads into thought-provoking material on the insanity and inhumanity of war.

"Some second-graders asked their teacher what was going on between the United States and the place called Iraq. So the teacher said, 'Well, think of it this way: Somebody in your neighborhood has a gun in her house. All of the neighbors are afraid of it, and they go to Margaret, the owner of the gun, to ask her if she'll get rid of it.

"And, Margaret said yes, she would. But after a while, the people began to doubt that Margaret had really thrown the gun away. So they went to see her again and asked her if she still had the gun. And she said yes, she did.

"So they told her that the fact that she had a gun made them afraid, so she had to get rid of it.

"But Margaret said no, she wouldn't because it was her house and her gun.

"So all the neighbors went back to their own houses, got out their own guns, pointed them at Margaret, and shouted that they would shoot if she didn't throw her gun away.

"Then a child in the room spoke up and said, 'Teacher, that is a really dumb story. It doesn't make any sense.' Right."

There are also meditations on the blessings of diminishment, sanctity, caring for the earth, learning from other religions, patience and justice, being faithful in the face of failure, and more. We found Chittister's meditation on enlightenment most insightful. Every religious tradition speaks of this process. Here are two samples from her treatment of this subject:

"Enlightenment comes when we begin to see all of life, and everything that touches us in it, in a new light."

"We can each achieve enlightenment, we can each come to wisdom, but only by virtue of the choices we make from moment to moment, from situation to situation. We all start out at the lowest level of life, and we choose our way to enlightenment." 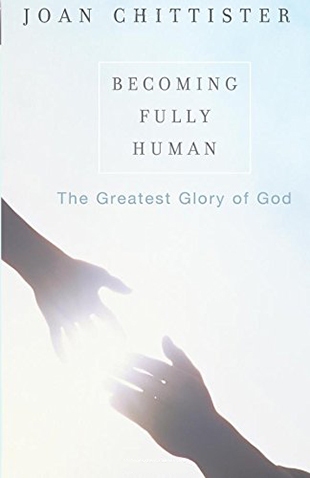