"The less form in religion the better, since God is a Spirit; . . . the more silent, the more suitable to the language of a Spirit." So said seventeenth century Quaker William Penn, urging Christians to embrace silence as a spiritual practice.

"Holy Silence: The Quaker Way" extends Penn's invitation to today's readers. Quaker silence is not about stillness, as such, but rather about encountering God in a living and vital holy hush. This e-course encourages women and men to undertake a journey of spiritual silence. The destination is a quiet inner place where God teaches us directly.

Friends (as Quakers are formally known) have been honing their take on silence for more than 350 years. It's a silence that invites us to an immediate and personal encounter with God. That's because Quakers believe that when we are silent, then the Spirit of God grants us insights, guidance, and understanding of spiritual truth. This is not mysticism for mysticism's sake. Quaker silence helps us know God's will. Knowing what God wants helps us marry faith with daily life. Holy silence infuses us with God's spirit and power so that we can live faithfully in the common ventures of life.

J. Brent Bill, the retreat leader, is a lifelong member of the Religious Society of Friends and has written numerous books on Quaker spiritual practices, including Holy Silence: The Gift of Quaker Spirituality, now available in a new edition. He is profiled by S&P as a Living Spiritual Teacher. He occasionally wears a button that says, "I am a Quaker — in case of emergency, please be quiet." One reviewer said of him that he's "a substantial spiritual guide, but never in a flashy way. Think of — oh, perhaps something like Mister Rogers Meets the Dalai Lama." Bill doesn't offer wisdom from a Quaker saint, but rather thoughts, struggles, and hopefulness from a fellow pilgrim who has found Holy Silence essential to his spiritual development.

In this online retreat, you will have the opportunity to learn how to practice a silence deeper than words – one that is living, vital, and transforming. You will receive:

• 12 lessons delivered by email in which J. Brent Bill shares what Holy Silence is and offers tools for entering into it. These tools include practical advice and Quaker Queries — a unique form of asking non-directive questions for spiritual growth.

• Mini-practices to be done during your day related to the themes of the emails.

• Access to the recording of a one-hour teleconference with J. Brent Bill held in January 2015 when this e-course was first offered.

We invite you to explore the Quaker Way of silence: 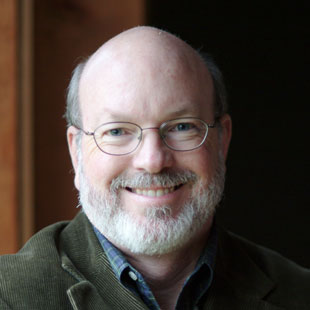