Ram Dass has had a long and adventuresome spiritual journey. As Richard Alpert, he earned a Ph.D. in psychology from Stanford and then taught at Harvard. In India, he met Neem Karoli Baba, a guru who gave him the name "Ram Dass" or "Servant of God." He studied meditation and yoga before returning to the United States in 1971 to write Be Here Now, a path-blazing book that helped spur the New Age movement.

Known as well for his writing on compassionate service, he has created several foundations and worked with other organizations to relieve suffering in the world. In 1997, he had a stroke which led him to write Still Here, a forward-looking volume aimed at the Baby Boom generation and their fears about aging, debilitating illness, and death.

For many spiritual seekers, Ram Dass has been their collective mirror, reflecting their aspirations and commitments. He has said: "I'm explicitly making my life a teaching, by expressing the lessons that I've learned through it so it can become a map for other people."
In this e-course, we will explore the experiences he has shared on being present, acting with compassion, the curriculum of service, the mental roadblocks that stifle generosity of the heart, the challenges of conscious aging, the value of entering the land of don't know, the art of deep listening, the meaning of renunciation, and more.

Subscribers to this e-course receive 40 emails, each containing a short passage from one of Ram Dass's books and a suggestion of a spiritual practice you can do during the day to bring its wisdom into your life. We also work with some of his inimitable one-liners and pause periodically to reflect on what we can learn from one of his wonderful teaching stories.

Join us for this spiritual adventure based on the wisdom of a master teacher of everyday spirituality! 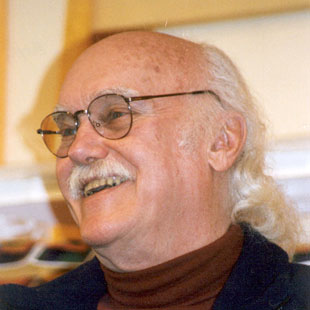