Named one of Time magazine's 25 Most Influential Americans, Robert Thurman is an internationally recognized scholar, translator and author, and the first Westerner to be ordained by the Dalai Lama as a Tibetan Buddhist monk. In describing Thurman, Timemagazine calls him "the Billy Graham of American Buddhism. Or perhaps the St. Paul, a later-day, larger-than-life scholar-activist destined to convey the dharma, the precious teachings of Siddhartha, from Asia to America."

Born in 1941, Thurman grew up in New York City participating in dramatic readings in his home alongside house guests like Laurence Olivier. A rebel from a young age, he left Phillips Exeter Academy his senior year to enlist with the then poetic idealist Fidel Castro. He was turned back at the border. Thurman entered Harvard University in 1959.

One year later, Thurman's left eye was destroyed in a freak accident with a tire iron — which became a turning point in his life. He dropped out of Harvard, left his wife and young child, and went on a "vision quest." Traveling as a pilgrim through Europe and the Middle East, he eventually reached India, where he was hired to teach English to exiled Tibetans. He remained there until he was called back to the United States to attend his father's funeral. Not far from home, in Freewood Acres, New Jersey, he met his root lama, a Mongolian monk, Geshe Ngawang Wangyal. Thurman began studying with the Geshe, who not only taught him the Tibetan language, but also took him to India to meet the Dalai Lama. In 1965, Thurman was formally ordained by the Dalai Lama.

Unable to find a supportive community after returning to the United States, Thurman gave up his monk's robes to enter the "American monastery," the university. In 1967, he returned to Harvard for his undergraduate degree, moving on to graduate work at the Department of Sanskrit and Indian Studies. In 1978, he was granted tenure at Amherst College, the first Buddhist in the history of the institution to be so honored. The following year, Thurman played an instrumental role in arranging for the Dalai Lama's first visit to an American university.

As Jey Tsong Kharpa Professor of Indo-Tibetan Studies at Columbia University, Thurman holds the first endowed chair in Indo-Tibetan Studies in America. He regularly leads trips to India, Bhutan, and Tibet. Thurman is co-founder of Tibet House New York, a nonprofit cultural institution dedicated to preserving the endangered civilization of Tibet. In addition, he is co-curator of two important and critically acclaimed exhibitions of Tibetan art. Thurman served as an advisor for both Seven Years in Tibet and Kundun, two movies focusing on the history of Tibet, the Dalai Lama's early life, and Buddhism. 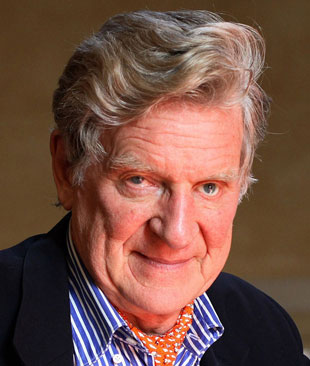