Sister José Hobday, an influential spiritual lecturer, author and storyteller, died April 5, 2009, at age 80 at the Casa de la Luz Hospice in Tucson, Arizona. A memorial Mass will be held on Wednesday, April 15, at 6:30 p.m., at Our Mother of Sorrows Parish in Tucson. Her body was donated for science to the University of Arizona.

In the National Catholic Reporter, Franciscan Sr. Florence Deacon, director of the Sisters of St. Francis of Assisi congregation based in St. Francis, Wis., remembers Hobday “as a very charismatic, warm woman, both down-to-earth but also fanciful. She was holistic long before it was in vogue, encouraging us to have a zest for living and to experience the spiritual life with all our senses. I can still see her purposeful stride, rhythmic and strong, beneath the skirts of her flowing religious habit. She led us on a five-mile walk to a park so we would discover that we, too, had much more strength and endurance than we realized.”

Born in Texas to a Seneca-Iroquois mother and a Southern Baptist father, Sister Jose Hobday was a Seneca elder and a Sister of the Franciscan Order. She had a Masters' degrees in theology, literature, architecture and space engineering, but called herself a "Student of Life" and a "Missionary-at-large." She traveled 75,000 miles a year giving lectures and workshops.

Sister Jose was one of America's most popular speakers on prayer and spirituality. Her stories, told in both her books and her cassettes, draw from her own experience growing up as a Native American Catholic in the American Southwest, eloquently communicate her relationship with and commitment to God, family, community, and the Earth. 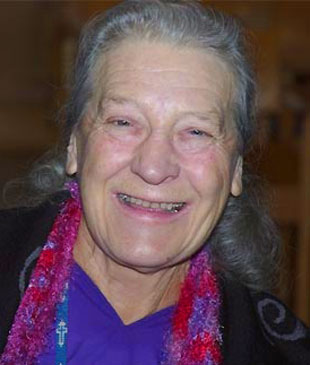