Stephen Levine passed away in his home in northern New Mexico on January 17, 2016, after a long illness; he was 78. His colleague and close friend Ram Dass describes his work as stretching "from the most painful experiences of the human spectrum to the furthest point on the human horizon, from hell to heaven, from pain to ease, from our ongoing sense of loss to the legacy of our unending interconnectedness." Levine's work became increasingly inextricable from the equally devoted, compassionate work of his wife Ondrea, who on their website reminds us, "His heart has gone to God. His light is left here with us."

For nearly 40 years, Stephen Levine, together with his wife Ondrea Levine, provided emotional and spiritual support for those who are life-threatened and for caregivers. They touched the lives of thousands of people all over the world through their healing and forgiveness workshops and compassionate counseling to war veterans, concentration camp survivors, and other people suffering profound trauma.

Stephen's bestselling books are considered classics in the field of conscious living and dying. He brought wisdom and relief to people coping with pain and struggling to learn to die well. His writings found other forms of expression as well. He co-founded The San Francisco Oracle in 1966 and often captured his thoughts in poetry or meditative prose. In recent years, when he could no longer travel due to illness, he and Ondrea continued their teaching through online "couch talks," poetry readings, and lectures.

Levine was one of a generation of pioneering teachers who brought the teachings of Theravada Buddhism to the West. He also drew from the teachings of Sufism, Native American spirituality, the mystical branches of Christianity, and the devotional practices of bhakti yoga.

In A Year to Live, Stephen wrote, "Gratitude is the highest form of acceptance. Like patience, it is one of the catalytic agents, one of the alchemist's secrets, for turning dross to gold, hell to heaven, death to life." We are grateful that through the writings, audio, videos, and memories he left, Stephen Levine will continue to give life, solace, and hope to others for many generations to come. 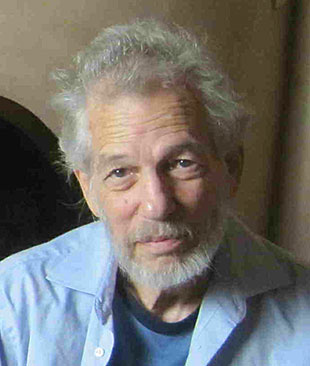