Baba Ram Dass left his body Sunday evening, December 22, 2019. A beloved spiritual teacher, he accompanied a generation of seekers through experiments with LSD and altered consciousness, quests in Eastern traditions, and explorations along the frontier of aging and illness. He will be greatly missed. At the same time, he is sure to be as near as a heartbeat. "I hang out with my guru in my heart," he said of his teacher Maharaj-ji (Neem Keroli Baba). "And I love every thing in the universe. That's all I do all day. Only that in you which is me can hear what I'm saying." Namaste, dear Ram Dass.

On January 22, 2020, the Love Serve Remember Foundation held a worldwide BE HERE NOW moment in celebration of Ram Dass’s extraordinary life. You can watch (or rewatch) it here:
https://www.ramdass.org/remember/

If anyone would like to share their reflections on Ram Dass, please email remember@ramdass.org, or post on social media using #lovingramdass. For more information on Ram Dass’s life and teachings, please visit www.ramdass.org.

Richard Alpert earned a Ph.D. in psychology from Stanford and went on to become one of the youngest tenured professors at Harvard University. After experimenting with psychedelic drugs, he went to India and became a devotee of Neem Karoli Baba, a Hindu guru who renamed him Ram Dass or "servant of God." He studied meditation and yoga there before returning to the United States in 1971 to write Be Here Now,a book that sold more than 2 million copies and helped engender the New Age movement. Over the years, Ram Dass cofounded the Hanuman and Seva Foundations and worked with environmental organizations and the socially conscious business community. In February 1997, he experienced a stroke which led him to write Still Here, a forward-looking book aimed at the Baby Boom generation and their fears about aging, debilitating illness, and death. He continued to teach from his home in Hawaii, holding retreats and webinars.

Ram Dass served as a collective mirror for many spiritual seekers over the years with his encounter with Eastern religion, his dedication to compassionate service, and his experiences with conscious aging, illness and near death. "Wisdom is one of the few things that does not diminish with age," Ram Dass stated. We trust that even beyond death he continues to serve as a spiritual scout who is exploring the territory ahead for all of us. 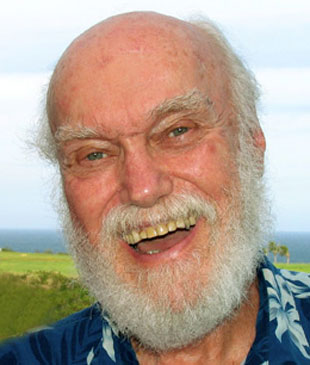