Wayne Dyer left his body and made his transition to what he had called his "next adventure" during the night on August 30, 2015.

Wayne Dyer, Ph.D., was a bestselling author and speaker in the field of self-development. He wrote more than 30 books, created many audio programs and videos, and appeared on thousands of television and radio shows. He had a doctorate in educational counseling from Wayne State University and was an associate professor at St. John’s University in New York.

Along with his library of published self-help works, Wayne Dyer also produced his own audio books, taped lectures. and video and online seminars. He was widely known for his inspirational public speaking abilities and often shared the stage with other self-help experts like Deepak Chopra. He appeared on radio and television stations internationally, including The Today Show, The Tonight Show, and The Oprah Winfrey Show.

Dyer was affectionately called the “father of motivation” by his fans. Despite his childhood spent in orphanages and foster homes, he overcame many obstacles to make his dreams come true. He spent much of his time showing others how to do the same. When he was not traveling the globe delivering his uplifting message, he wrote from his home in Maui. 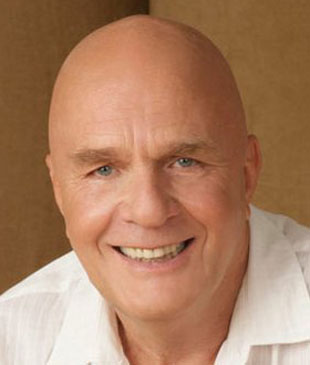