Laurence Freeman was born in London, was educated by the Benedictines and then took a Masters Degree in English Literature at New College, Oxford. He is a monk of the Monastery of Christ the King, Cockfosters, London in the Olivetan Benedictine Congregation.

Freeman's spiritual guide was Dom John Main whom he had known for many years even before entering the monastic life. He studied with Father John in his novitiate and then assisted him with the establishment of the first Christian Meditation Centre in London in 1975. They then traveled to Canada where they established a small Benedictine community teaching and practicing meditation.

Freeman was ordained a priest in 1980. After Main's death in 1982, he succeeded him and since then has been travelling widely to continue the work. The World Community for Christian Meditation was named and Freeman became its spiritual teacher. From its headquarters in London, he now serves a worldwide network of 27 meditation centres and more than a thousand weekly meditation groups in 50 countries. He travels regularly in North and South America, Europe, Australia and Asia. He is involved in the contemplative inter-religious dialogue and led The Way of Peace dialogue with the Dalai Lama. 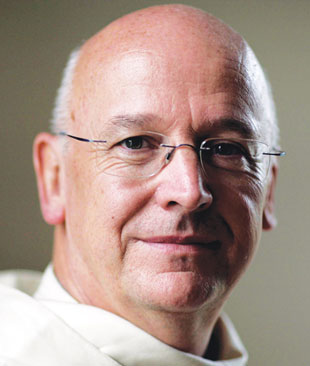