She has worked in the area of death and dying for more than years and is Director of the Project on Being with Dying. For the past twenty-five years, she has been active in environmental work.

A Founding Teacher of the Zen Peacemaker Order, her work and practice for more than three decades has focused on engaged Buddhism. Of recent, Roshi Joan Halifax is a distinguished invited scholar to the Library of Congress and the only woman and Buddhist to be on the Advisory Council for the Tony Blair Foundation.

She is Founder and Director of the Upaya Prison Project that develops programs on meditation for prisoners. She is founder of the Ojai Foundation, was an Honorary Research Fellow at Harvard University, and has taught in many universities, monasteries, and medical centers around the world.

She studied for a decade with Zen Teacher Seung Sahn and was a teacher in the Kwan Um Zen School. She received the Lamp Transmission from Thich Nhat Hanh, and was given Inka by Roshi Bernie Glassman.

Earlier in her career, building upon her Ph.D. in medical anthropology and psychology, she studied the indigenous Dogon tribe in Mali and the Juichols in Mexico. In her books, she writes about what she has learned from Native American and other elders. 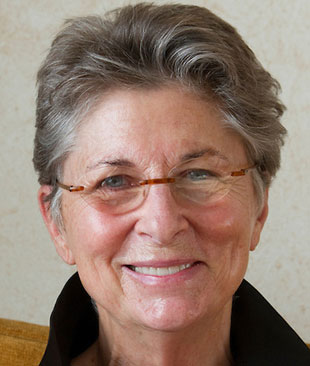