Alan Jones was the Dean of Grace Cathedral (Episcopal) in San Francisco from 1985 to 2009. Previously, he served as the Stephen F. Bayne Professor of Ascetical Theology at the General Theological Seminary in New York City from 1972 - 1982. During his tenure, he founded and was the first director of the Center for Christian Spirituality at General. Now a U.S. citizen, he was born in England and received his Ph.D. from the University of Nottingham.

Jones is an inspiring preacher and speaker who draws liberally from poetic and literary sources in his imaginative presentations. He is a prominent lecturer in interfaith, ecumenical, and academic circles both nationally and internationally. He is a prolific writer as well of books, articles, and editorial opinions. He often leads public forums on a variety of spiritual and community issues in San Francisco and elsewhere. 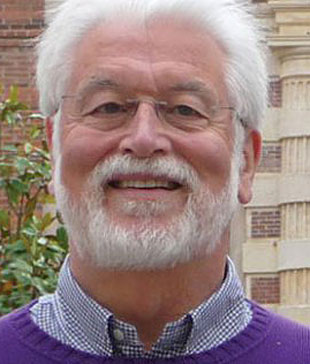