Daniel Berrigan died peacefully on April 30, 2016, at the Murray-Weigel Hall, a Jesuit health care community in New York City. He was 94. He was known for his antiwar activism, his writing on the scriptures, and his poetry, but we will remember him for his role in a pivotal decision in our ministry. In 1968, Frederic was serving as the Lutheran chaplain at Cornell University; Berrigan was a Catholic chaplain there, and they worked together on the interfaith campus ministry council. It was a time of political upheaval at Cornell. One day Dan said to Frederic: "You know, we are doing a lot of politics here, but you are so interested in the arts and media, you really ought to be in New York City." So in May 1969 after we married, we did move to New York where we stayed for 46 years. Thanks, Dan, for the suggestion. It was a good one.

Daniel Berrigan's life was punctuated with bold acts of nonviolent social action. Born in 1921, he grew up in an Irish Catholic family in Minnesota and joined a Jesuit seminary right out of high school. After he was ordained a priest, he traveled in France where he was influenced by the worker-priest movement. He returned to the United States and began teaching in colleges, including Le Moyne College in Syracuse, Cornell, and Yale. He also wrote poetry which became a way to express his growing concerns about American war-making.

During the Vietnam War, Berrigan was one of nine activists who burned draft registration records in Catonsville, Maryland, for which he was tried and sentenced to three years in prison. He refused to surrender himself and went underground for several months living with supporters and surfacing periodically at anti-war rallies. He eventually was apprehended and spent 18 months in prison before his release in 1972.

Daniel and his brother Philip then organized the Plowshares Movement to protest the production of nuclear and other weapons. Their first action was at a General Electric plant in Pennsylvania, a nonviolent protest in which they hammered on nose cones and offered prayers for peace. Over the years Berrigan has participated in many more demonstrations, including protesting the Gulf War, the U.S. invasion of Afghanistan, and the Iraq war.

During his last years, Daniel Berrigan lived in a Jesuit community in New York City where he continued to conduct retreats, to speak publicly, and to write. He was authored more than 50 books of prose and poetry. 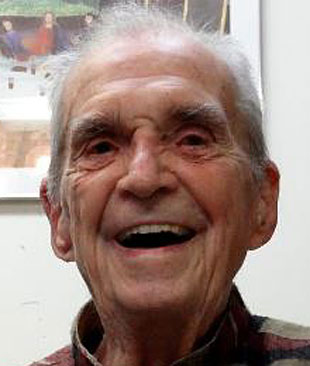