Directed by Neil Jordan
An endearing portrait of a transvestite whose playful ease in the face of harrowing experiences makes him into what the Taoist sages call a 'disciple of life'.

A woman puts her baby on the doorstep of the Catholic church in Tyreelin, Ireland in 1958. Father Bernard (Liam Neeson) finds a home for the boy with Ma Braden (Ruth McCabe), a hard-working and unemotional pub owner with a daughter of her own. When he turns ten, Patrick (Conor McEvoy) enjoys dressing up in women's clothes and learns that he is an orphan. This turning point in his life begins a quest to find his real mother. Meanwhile, he hangs out with a band of other outsiders consisting of Charlie (Bianca O'Connor), Irwin (Emmet Lawlor McHugh) and Laurence (Seamus Reilly) who has Down's syndrome. Patrick picks up several precious pieces of information from Laurence's dad: his mother was Eily Bergin (Eva Birthistle), a real looker who resembled Mitzi Gaynor. He once saw her on the street in London. The image that pops into Patrick's mind is his mom being swallowed up in the large city.

After a telling encounter with Father Bernard in the confessional, this highly imaginative young man pens an essay for class at the Catholic school he attends. It is a racy account of Father Bernard ravishing his pretty housekeeper. In addition, Patrick (Cillian Murphy) adopts a new out-of-the-closet persona — "Kitten." This bold move causes him problems at a local dance club; he and his buddies then meet a biker (Liam Cunningham) who takes them under his wings with his gang. Patrick listens carefully as this mystical dope-smoking outsider tells him about gliding down astral highways and "eating breakfast on Pluto." This encounter with a kindred soul convinces Patrick to hit the road and to find his mother in London.

Neil Jordan (The Miracle, The Crying Game, Interview with the Vampire, Michael Collins, The Butcher Boy, In Dreams, The End of the Affair) is one of our favorite directors; almost all of his films have a spiritual or ethical dimension to them. He deals with the struggle individuals have to become all they were meant to be. He has a keen sense of the violence that animates our world and the courage it takes to oppose it. He honors the Sacred feminine that is to be found in miracles, wonder, creativity and peace. Breakfast on Pluto is based on a novel by Patrick McCabe who also wrote The Butcher Boy, which Jordan brought to the screen. This picaresque tale contains many playful elements including some gossipy robins who serve as narrators at several points in the drama. Patrick sees the world through the eyes of an innocent who is disturbed by the violence in Ireland and England and by the animosity his androgyny arouses in others. Through his travels he meets individuals who are either fascinated or repulsed by his persona. He rarely plunges into hate or animosity and instead views all of his experiences as part of his continuing education and quest to find his mother, whom he calls "the Phantom Lady."

Among the eccentrics he meets on the road are Billy Rock (Gavin Friday), a bar band leader whose style mixes glam rock and Wild West themes. He earns the ire of the other members of his group when he develops a crush on Patrick and even gives him chance to join him on stage in a musical number where he is dressed as an Indian squaw. Billy Rock installs Patrick in a caravan trailer by the sea but gets in trouble with some IRA men when his lover tosses into the sea some new guns he has gotten for them. In London, he teams up with John-Joe (Brendan Gleeson) an angry man who works at a children's theme park as a costumed character. Still unable to locate his mother, Patrick tries street-walking which almost gets him killed by Mr. Silky String (Bryan Ferry); he escapes by spraying Chanel Number 5 in his eyes. Then a kindly magician named Bertie (Stephen Rea) falls for him and offers him a chance to be part of his act. But fate separates them when Patrick winds up in a disco one night that is destroyed by a bomb. The police detain him and he is taken in for questioning by Routledge (Steven Waddington) and Wallis (Ian Hart) who are stunned when he enjoys spending time in his cell alone. After he is released from prison, Wallis takes him to a legal co-op peepshow, and Patrick sets up shop with his Mitzi Gaynor wig.

In thirty-six chapters whose titles appear on the screen, co-writer and director Jordan takes us on the phantasmagorical ride of Patrick, a playful young man who finds that far too many people in the world are far too serious. "Avoid tampering" is the spiritual maxim of Taoist sages. It is better to adopt a more casual approach and to take things as they come without trying to control or change them. The adventures of this easy-going transvestite are carried gently and lovingly by a musical soundtrack that includes songs by Bobby Goldsboro, Cole Porter, Harry Nilsson, Dusty Springfield, T-Rex, Kris Kristofferson, Patti Page, Buffalo Springfield, Van Morrison and others. A passage from the Tao Te Ching sums up the moral of this picaresque tale:

Special DVD features include Commentary by director Neil Jordan and actor Cillian Murphy and a Behind the Scenes of Breakfast on Pluto featurette. 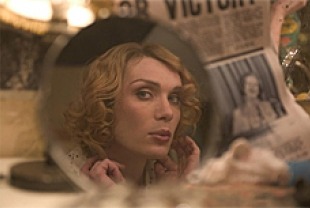 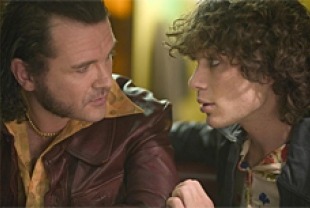 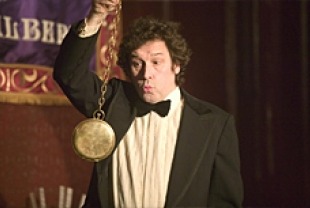 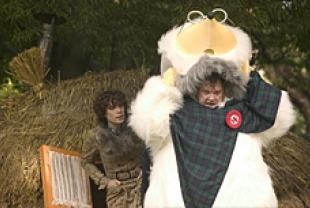 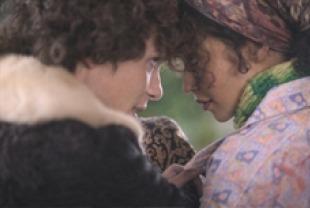