Directed by Peter Jackson
Great adventure story with a sensational performance by Naomi Watts as the beauty who makes even a truly fierce beast beautiful just by loving him.

Director Peter Jackson (Lord of the Rings) loved the 1933 version of King Kong and has made this film as an affectionate tribute to it. Part of it works and part of it feels like a self-indulgent lover trying to express far too much for far too long (three hours). What works is Naomi Watts's performance as the woman who is the center of two love stories — between an actress and a writer and between a beauty and a beast. Although this is a speaking part, she is most impressive when she is communicating nonverbally like the grand silent screen stars of old.

Watts is Ann Darrow, an under-appreciated theatre actress in New York City during the Depression. The dream of her life is to be in a play by Jack Driscoll (Adrien Brody). The man who makes something close to this happen is film director Carl Denham (Jack Black), a wheeler dealer whose deceptions and incompetence have left his backers so cold that they are threatening to pull the plug on his next project. Just before skipping town with a skeleton film crew, he meets the beautiful actress and offers her a job in a movie he says he's making in Singapore. When she learns that the screenplay writer is none other than Jack Driscoll, Ann is ecstatic. They all jump aboard a ship and are on their way to adventures far beyond their wildest imaginings.

So far, so good, despite Jackson's fondness for characters that are movie clichés from the past. While at sea we meet the grizzled captain of the ship (Thomas Kretschmann); Hayes (Evan Parke), the African-American first mate; Jimmy (Jaime Bell), a castaway who is reading Joseph Conrad's Heart of Darkness; and Bruce Baxter (Kyle Chandler), the dashing and egocentric leading man. When the ship founders on rocks near Skull Island, we know that danger is just around the corner. Why, the crew wonders, is it surrounded by a huge wall? They find out soon enough when some nasty natives capture Ann and offer her as a human sacrifice to a monstrous ape called Kong.

But there are other creatures on this island that are even more obnoxious and fierce than he is. After Ann is taken into the interior by Kong, Driscoll, who has fallen in love with her, convinces Denham and some of the ship's crew that they have to rescue her. In one of the best action sequences, they find themselves in the middle of a stampede of dinosaurs; when they are not about to be trambled, they are fighting off attacks from the air. And then there's the bug sequence, which is enough to give anyone nightmares!

Meanwhile Ann has discovered that her captor, though incredibly fierce, is also quite fascinated by her. After she performs a little song and dance right out of one of her New York stage routines, the giant ape seems to burst into a series of quiet chuckles. Kong protects her, and she returns his attention. Nothing can stand in the way of their primal connection — not dinosaurs, bats, or men with guns.

We know, however, how this is going to turn out. Denham, whose dreams of glory and big bucks in America are insatiable, convinces the captain to help him capture Kong and take him back to America as "the Eighth Wonder of the World." This selfish and amoral film director maintains that everyone has a secret desire to encounter something mysterious and there is no reason why he shouldn't be the one to make a lot of money off this yearning. But Kong will not be used; the mystery will not be tamed. He escapes in New York and goes on a rampage in midtown looking for Ann. They reconnect for a romantic romp in Central Park, a truly lyrical scene that had us believing that Kong, not Driscoll, is the love of her life. Certainly, he's the one who most needs her.

Writing about another story of unlikely lovers, The Beauty and the Beast, Protestant minister Frederick Buechner captured what we see happening in this film. He could be talking about Kong and Ann when he writes: "The power of agape — otherwise quite powerless — is perhaps nowhere better seen than in the tale of Beauty and the Beast, in which Beauty does not love the Beast because he is beautiful but makes him beautiful by loving him." When Ann and Kong sit perched on the top of the Empire State Building admiring the sunset, and he puts his hand on his heart, we saw nothing but beauty.

The two-disc "Special Edition" release includes more than 150 minutes of post-production diaries with director Peter Jackson. featurettes covering all aspects of post-production. There are also two entertaining shorts films: a pseudo-documentary on the fiction "Skull Island" and a historical look at New York in the 1930s titled "Kong's New York." 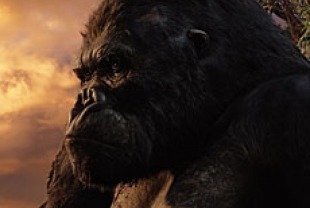 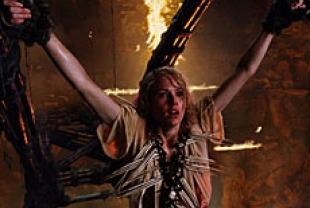 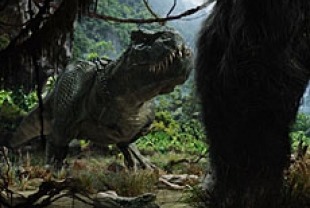 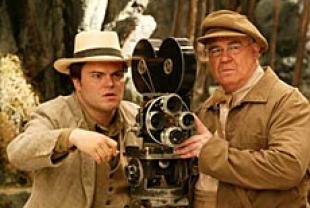 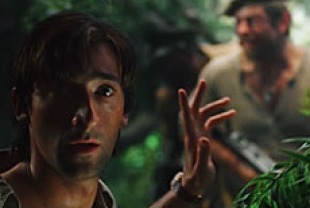 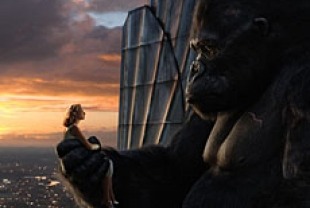