Directed by Marc Rothemund
A compelling and deftly acted portrait of a female freedom fighter against the Nazi war machine in 1943 Germany.

This compelling and deftly acted German film directed by Marc Rothemund is based on the true account of an idealistic young German girl in Munich who stands out in history as one of the few nonviolent protesters against the Nazi war machine. She was a hero of great stature who listened to her conscience and even when facing death refused to take the easy way out. A national icon in Germany (she and her brother came in fourth in a poll of the most "good" people in all of German history), Sophie Scholl is a moral mentor for anybody seeking freedom and justice today.

Julia Jentsch, who gave an astonishing performance in The Edukators, won Best Actress Award at the 2005 Berlin Film Festival and Best Actress at the European Film Awards for her incredible depiction of Sophie Scholl. The film is a 2005 Oscar nominee for Best Foreign Language Film.

In 1943, many Germans are reeling from the terrible defeat at Stalingrad where 330,000 soldiers have been killed. Twenty-one-year-old Sophie Scholl (Julia Jentsch) and her brother Hans (Fabian Hinrichs) are members of the underground White Rose resistance group. Along with several other members, they have printed a leaflet declaring the war unwinnable and urging the people to reject Hitler and seek peace. Hans is convinced that once the students at Munich University learn the truth about what is happening on the Eastern front, they will rise up against the Nazis. While the students are inside the classrooms, Sophie and Hans distribute the leaflets in the corridors. But they are spotted by a janitor and apprehended by the authorities.

At Gestapo headquarters, the Scholls are separated. Sophie is questioned by an experienced interrogator, Robert Mohr (Alexander Held), about what she was doing at the university. Trying to protect other members of the White Rose, she declares that she and her brother are apolitical, lying so effectively that Mohr is prepared to let her go. But after evidence of their activities is found in the Scholls' apartment and Sophie is shown her brother's signed confession, she admits that she distributed the leaflets.

In an intense back-and-forth session, Mohr and Sophie test each other's convictions. He is surprised by her involvement in such a dangerous enterprise and even tries to let her off the hook by having her blame her brother, but Sophie refuses his offer. He senses the firm resolve of this young woman who believes that loyalty to the dictates of her conscience is the only way to live a life of integrity. She is bold in her criticism of Hitler's persecution of the Jews and the Third Reich's curtailment of the people's freedoms. When he spouts the party line, she replies firmly, "You have the wrong worldview, not me."

Further insights into Sophie character come in her interactions with her cellmate, Else Gebel (Johanna Gastdorf), a Communist. As Sophie describes a trip to the North Sea with her fiancée, now a soldier on the Eastern front, we realize that this is a young woman who loves life and is very positive; she does not seek martyrdom. Throughout her ordeal, she displays a full range of emotions — fear, righteous indignation, sadness, determination, and remarkable courage. By the time she is facing a Nazi judge, charged with "high treason, troop demoralization, and aiding the enemy," she has come to a deep and unassailable peace about her commitments. We are also witness to her Protestant faith as she stammers out prayers to God and meets with a chaplain after the trial.

The screenplay by Fred Breiersdorfer is based on the previously unavailable original minutes of the Gestapo interrogations, eyewitness accounts of the trial staged by the Third Reich, plus interviews with Robert Mohr's son, Sophie's younger sister, Else Gebel's nephew, and others. This material enabled director Marc Rothemund to create an historically accurate re-enactment of the events of the last six days of Sophie's life.

That accuracy, though fascinating, is not the most important contribution of this film, however. By giving us a rounded portrait of a young woman both full of life and committed to her ideals, Sophie Scholl inspires us to try to emulate her civic courage and support others like her. Basic human rights are under attack everywhere in the world, even in such traditional strongholds of freedom as the United States. Heroines of conscience like Sophie Scholl are desperately needed today. Her story illustrates the truth Dr. Martin Luther King, Jr., was getting at when he said: "Cowardice asks the question 'Is it safe?' Expediency asks the question 'Is it popular?' But conscience asks the question, 'Is it right?' " Conscience, we see in this stirring film, is the catalyst to personal and societal change, an interpreter of life, a spur to morality, and a cradle of hope.

In another speech, Dr. King could have been talking about the timeless message of Sophie Scholl: The Final Days: "Human progress is neither automatic nor inevitable. Even a superficial look at history reveals that no social advance rolls in on the wheels of inevitability. Every step toward the goal of justice requires sacrifice, suffering, and struggle: the tireless exertions and passionate concern of dedicated individuals. . . . Life's most persistent and urgent question is 'What are you doing for others?' " 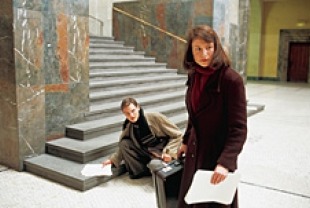 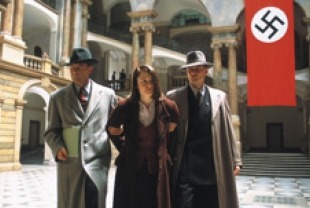