Directed by Fernando Eimbcke
A light and breezy portrait of adolescence spiked with interesting observations on time, sexuality, and the search for meaning.

Flama (Daniel Miranda) and Moko (Diego Catano) are 14-year-old best friends in Mexico City. When Flama's mother goes away, they eagerly look forward to a day alone in the apartment. The ritual that begins it all is pouring a Coca Cola right to the brim of the glass. Nothing can match the joy of doing it just right! Then the television is turned on, and they settle in to play Halo on the X-box. The buddies revel in the violent shoot-outs and are irritated when the buzzer interrupts their revels.

It is Rita (Danny Perea), a 16-year-old neighbor whose stove is broken; she wants to bake a cake which will only take 15 minutes. Flama points to the kitchen, and they ignore her completely. Then another interruption — the power goes out in the building and they are forced to sit still with nothing to do. Flama decides to order pizza; if the delivery does not arrive in 30 minutes, they don't have to pay.

The pizza man, Ulises (Enrique Arreola), is forced to run up eight flights of stairs, and he claims to have arrived on time. Flama says he was eleven seconds late and refuses to pay. Ulises stages a sit-in protest. Then Moko comes up with idea of a soccer game video contest where the winner takes all. At the climactic moment, the power goes out again. Meanwhile, Moko joins Rita in the kitchen and she kisses him. He doesn't know how to handle her aggressive sexuality.

Written and directed by Fernando Eimbcke, Duck Season is a light and breezy portrait of adolescence spiked with interesting observations on time, sexuality, and the search for meaning. Shot in black and white, it is quite visually interesting. The title refers to a painting of ducks that is being contested by Flama's parents in their divorce proceedings. The painting fascinates Ulises who has an interest in birds and tells the others the significance of birds flying in a V-formation — they helping each other out on long journeys.

The events of the afternoon are intensified when Rita laces some brownies with marijuana. Ulises shares some stories about his terrible jobs; Rita reveals that it is her birthday which was overlooked at home; and Flama wonders whether he is really the offspring of his parents since no one in the family has red hair. Nothing much happens in Duck Season and yet all the characters in the drama are opened to new possibilities thanks to their brief encounters with each other. The changes in our lives often happen that way, and we are grateful to Fernando Eimbcke for reminding us of that truth. 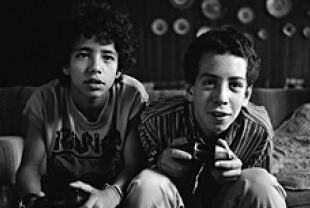 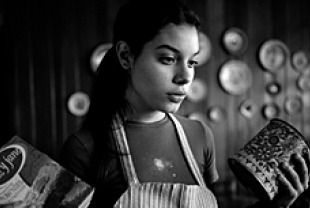