Directed by Steven Soderbergh
A murder mystery, a love story, and a glimpse of the beginning of conflict between the United States and Russia following the defeat of Germany in World War II.

It is 1945 and leaders of the United States, Russia, and Britain have gathered at the Potsdam Conference to divide the spoils after the defeat of Germany. Jake Geismer (George Clooney), a reporter formerly stationed in Berlin, is back in the city to cover proceedings for The New Republic. His military driver is Tully (Tobey Maguire), a young man who is having a ball in the city making money off the black market and prostitution. When his wallet is stolen, Jake has trouble getting into the conference, but that doesn't really matter since his true purpose in being there is to track down Lena Brandt (Cate Blanchett), who worked for him years ago as a newspaper stringer and was also his lover. When he does connect with her, he discovers that she has changed and in her quest to survive during the war has done a great many terrible things. More than anything else, Lena yearns to escape the city and start a new life elsewhere.

In this noirish film shot in black and white, director Steven Soderbergh has fashioned a drama that moves on different levels as a murder mystery, a love story, and a dark portrait of the nuclear ambitions of the United States. The film is based on a novel of suspense and history by Joseph Kanon that tackles a few of the moral quandaries afoot in Berlin at the end of World War II.

Jake finds himself caught up in the multiple machinations of his secretive ex-lover Lena; Colonel Muller (Beau Bridges), who is masterminding a plan to bring back Nazi missile experts to the United States; Bernie Teitel (Leland Orser), an old friend who is trying to prosecute Nazis; and General Sikorsky (Ravil Isyanov ), a Russian who has his own agenda in competition with the Americans.

The Good German deals with complicated ethical issues such as the guilt for the Holocaust, the bureaucratic and moral challenges of denazification, and the amorality of wheeler-dealers in Berlin at a time when the city was a bombed-out shell of its former self. When it touches upon these weighty matters, the drama scores points. But in its emphasis on Jake's love for Lena and his attempt to find out the truth about her Nazi past and her husband Emil (Christian Oliver), the drama is less successful and often veers into unappealing melodrama. The closing scene, Soderbergh's tribute to Casablanca, comes across as too precious. 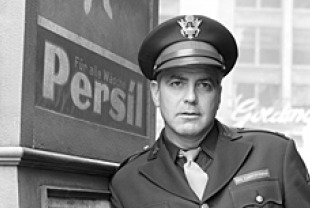 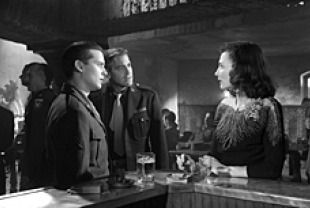 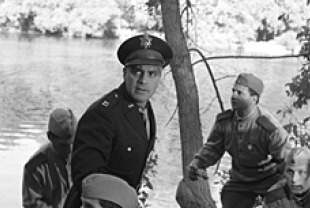 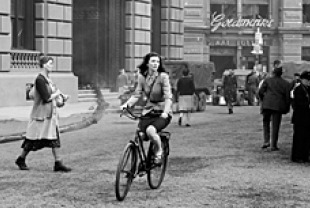