Directed by Henriette Mantel, Steve Skrovan
A thought-provoking documentary about Ralph Nader as a zealot for justice, consumer rights, and meaningful democracy in a political milieu where the store has been given away to corporations.

The title for this engaging and wide-ranging documentary about Ralph Nader is from a thought-provoking quotation by George Bernard Shaw:

In his acceptance speech as the candidate for President of the progressive Green Party in 2000, Ralph Nader vowed to serve the yearnings of all those who "see justice as the great work of human beings on Earth, who understand that community and individual fulfillment can be mutually reinforcing, who respect the urgent necessity to wage peace, to protect the environment, to end poverty, and to preserve values of the spirit for future generations."

This two-hour documentary directed by Henriette Mantel and Steve Skrovan depicts this idealistic crusader for justice as a man whose entire life has been animated by "values of the spirit." He grew up in a small Connecticut town where his father taught him that he could make a difference in the world by fighting City Hall. After graduating from Harvard Law School, he became well known for his investigations of the U.S. auto industry's complicity in the many deaths because of faulty designs and the lack of safety equipment. His muckraking work, Unsafe at Any Speed, came out in 1965 and resulted in many needed changes. In addition, he won an invasion of privacy settlement from General Motors which funded the beginning of his many investigations into corporate and governmental wrongdoing.

The filmmakers present the positive efforts of Nader's Raiders, as his team came to be known, and Nader's own unstinting devotion to working for consumer's rights. His full-speed ahead agenda came to a screeching halt when Ronald Reagan become President. Nader's criticism of the two-party system appealed to citizens who were able to see that both Republicans and Democrats are proxies for big business who have given away the country to corporations through tax breaks, deregulation, privatization, subsidies, and limitations on law suits. Nader believes that a viable third party is desperately needed in America to keep the other two parties honest.

Mantel and Skrovan focus on the divisive race for the Presidency in 2000 where Nader was excoriated for "stealing" votes which might have gone to the Democratic candidate Al Gone enabling him to defeat George W. Bush. Two of Nader's most vociferous critics lash out against him as a megalomaniac: Todd Gitlin, a professor at Columbia's University School of Journalism, and Eric Alterman, the "Liberal Media" columnist for The Nation. Much more sane and credible assessments of Nader's thinking and legacy are voiced by investigative journalist James Ridgeway, political journalist and author William Greider, and New York public advocate Mark Green.

When Nader ran for President in 2004, many of his ardent supporters in the past, including the controversial filmmaker Michael Moore, turned against him and abandoned the idea that a third party could reinvigorate politics in America and challenge the ever-expanding corporatization of the country.

Nader's passion for justice, his idealism about democracy, and his ethical probity have made him an unreasonable man. We salute his spirit, substance, and zeal. 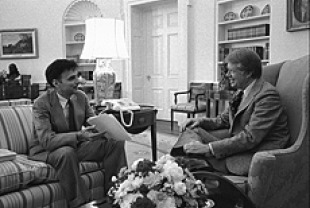 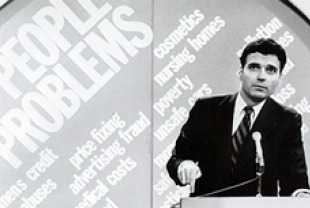 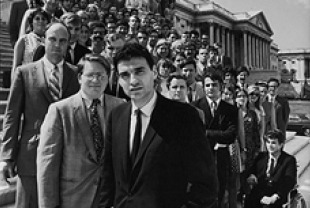 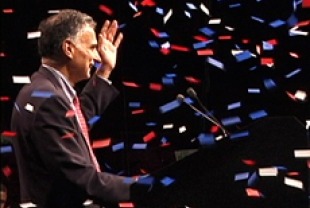