We see far too much attention given these days to people dubbed heroes by the media who are little more than celebrities in the fields of entertainment, sports, law enforcement, or the military. Can you remember the last moral hero who made his or her mark by taking a stand for a cause that would truly change people's lives? We desperately need more people of extraordinary character to show us what it means to be human. Martin Luther King, Jr., called such people "creatively maladjusted" since they reject conventional assumptions about the inevitability of class conflict, hatred, violence, and incessant warfare. They are to be celebrated as spiritual heroes who challenge us to think and act with reverence and compassion for others.

Amazing Grace is an inspiring and well-acted movie about William Wilberforce, an eighteenth century member of the British Parliament and human rights activist who spearheaded a 20-year battle to abolish the English slave trade. His moral crusade was built upon his evangelical faith in God and a commendable single-mindedness and patience.

The film is given dramatic firepower by veteran director Michael Apted whose highly ethical films include Coal Miner's Daughter, Gorillas in the Mist, Thunderheart, Nell, and the documentary series 7 Up. Apted has cast this social justice drama impeccably and orchestrated Wilberforce's life in such a way that it lets in light from many directions. We are allowed to see his zeal, his faith, his wit, his struggle with illness, his political savvy, his friendships, and his love and family life.

In 1797, 34-year-old William Wilberforce (Ioan Gruffudd) has run his body and spirit into the ground battling a recurring case of colitis while crusading to convince the English Parliament to end the slave trade. He retreats to the country home of friends Henry (Nicholas Farrell) and Marianne Thornton (Sylvestra Le Touzel). They introduce him to Barbara Spooner (Romola Garai), a beautiful and ardent young woman who shares his anti-slavery sentiments, his evangelical faith, and his passion to make a difference in the world. Although he is burnt out from the struggle, as he tells her the story of his work, her enthusiasm kindles his will to carry on.

Perhaps the most astonishing bond in his life is Wilberforce's friendship with William Pitt (Benedict Cumberbatch), who persuades him to introduce anti-slavery legislation. He eventually becomes the Prime Minister. Their chief opponents are Lord Tarlton (Ciaran Hinds) and the Duke of Clarence (Toby Jones) who are beholden to protect the commercial and patriotic benefits of slavery. At one point, one of them argues that the slaves on the plantations in the West Indies actually have a more comfortable lifestyle than many Englishmen!

Wilberforce assembles a Committee for the Abolition of the Slave Trade that begins work gathering facts on the kidnapping of Africans, their confinement in reeking holds for two - three months aboard slave ships, and then their sale into a life of unrelenting hardship and suffering. Among the noteworthy members of the Committee are Thomas Clarkson (Rufus Sewell), a fanatical Christian with a deep belief in freedom; Oloudaqh Equiano (Youssou N'Dour), a freed slave and author; and Lord Charles Fox (Michael Gambon), an opposition member who joins the ranks of the anti-slavers.

Another ally and supporter is John Newton (Albert Finney), the remorseful former slave trader who penned the hymn "Amazing Grace." Now the minister of an evangelical church in London, he convinces his young friend to stay the course in Parliament and do God's work fighting injustice. This encouragement comes at a moment when Wilberforce wants to flee from the world of woes and spend all his time on spiritual matters.

Amazing Grace would be an inspiring film if it only told the story of the anti-slavery cause in England. But Wilberforce turns out to be a moral leader in other areas as well. He was considered an eccentric because he lived in a house filled with animals of all kinds. In the opening scene of the film, he convinces two men to quit beating their horse as it lies in the road. Wilberforce later was involved in the founding of the Society for the Prevention of Cruelty to Animals. In another example of his eccentricity, he orders his cook to prepare meals for any poor person who shows up at the door, so that at times the kitchen is full of unruly groups devouring the household's supplies. He was clearly a man with a deep reverence for life — all life — making him a moral mentor for us all.

Special DVD features include audio commentaries by director Michael Apted and star Ioan Gruffudd; Behind the Scenes "How Sweet the Sound: The Making of Amazing Grace"; a featurette "Freedom Center"; and a music video by Chris Tomlin. 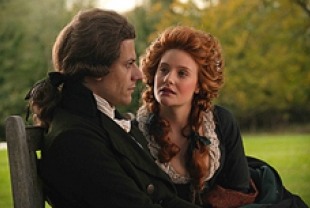 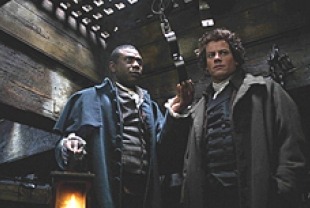 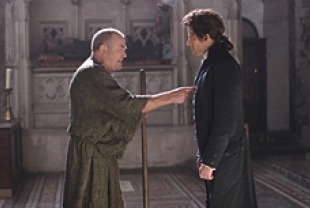 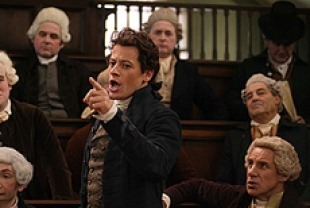 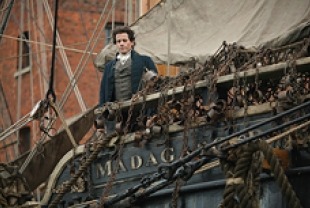 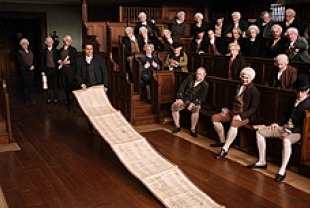