In the Shadow of the Moon

Directed by David Sington
A stirring documentary about the experiences of the ten astronauts from every single Apollo missions that flew to the Moon.

Speaking about a NASA-organized around-the-world tour with astronauts Neil A. Armstrong and Buzz Aldrin, following their Apollo 12 mission to the moon, astronaut Michael Collins says: "Wherever we went, people, instead of saying, 'Well, you Americans did it!' everywhere, they said, 'We did it! We, humankind, we, the human race, we, people did it!' " This spiritual sense of unity is one of the many magical moments in this stirring documentary directed by David Sington.

Between 1968 and 1972, nine American spacecraft journeyed to the moon, and 12 men walked upon its surface. This film brings together the surviving crew members from every single Apollo mission that flew to the moon. Their comments are accompanied by archival material re-mastered from the original NASA film footage over an orchestral score by composer Philip Sheppard.

The Wright brothers ushered America into the Age of Aviation in 1903, and only 66 years later, Neil A. Armstrong walked on the moon! We have thrilled to aspects of this drama in the movies The Right Stuff and in Apollo 13, but this British production spins out many more of the most salient developments — from President John F. Kennedy's 1961 speech in which he challenged the nation to reach the moon before the end of the decade, to the astronauts' accounts of what it was like to train, be inside a capsule, and experience the wonder and high drama of outer space travel. The ten explorers who appear in this documentary are: Buzz Aldrin, Alan Bean, Gene Cernan, Mike Collins, Charlie Duke, Jim Lovell, Edgar Mitchell, Harrison Schmitt, Dave Scott, and John Young.

Kennedy E. Clark, a professor of psychology, has stated: "No larger-than-life heroes emerged from the space program, even though it captured the American imagination. It was a team effort and such undertakings do not produce heroes." The standout feature of In the Shadow of the Moon is that the filmmakers give us a deep appreciation for the teamwork behind these technological achievements. Another notable element is the wonder that comes across in the astronaut's descriptions of what they saw. Edgar Mitchell talks about his feelings of mystical awe, and Charles M. Duke Jr. describes "That jewel of Earth was just hung, up in the blackness of space." 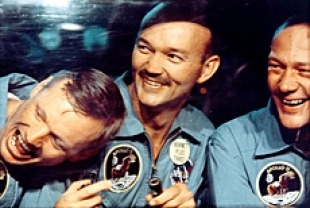 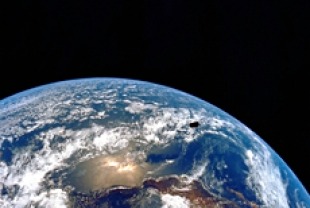 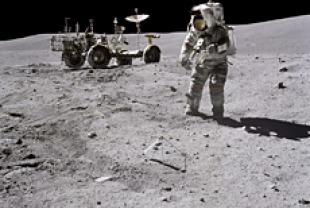