Directed by Ang Lee
A compelling espionage thriller that reveals the untold dangers and depths of role-playing and sexual intimacy.

1938. Shanghai, China. Wong Chia Chi (Tang Wei) is a shy university student whose father has abandoned her and escaped Japanese-occupied China to England. A friend signs up to participate in a drama society started by Kuang Yu Min (Wang Leehom) in order to inspire patriotic spirit among the students and general public. Wong joins the group too and becomes the leading lady in its first production. In a magic moment just after the curtain goes up, she faces the audience for the first time; she pauses dramatically on the tip of fear and delight before uttering her first lines.

Acting soon defines Wong and enables her to disappear into a role and play it to the hilt. Kuang Yu Min is very pleased with her performance and is attracted to her as well. But he puts his political zeal ahead of his physical desires and boldly sets up an amateur espionage troupe. Their goal is to assassinate Mr. Yee (Tony Leung), a wily and powerful Chinese businessman who is collaborating with the Japanese.

Wong is given a major role to play in this operation: she is to be Mrs. Mak, a woman of leisure who befriends Mrs. Yee (Joan Chen). This pretty outsider is invited to play in a mah jong group that regularly meets at the Yees' residence and discusses the latest goings on in Shanghai. Mr. Yee has distinguished himself as the ruthless head of the collaborationist secret service which is supporting the puppet government by rooting out and murdering members of the resistance. Wong is to lure Mr. Yee into an adulterous affair. Her preparation for this role requires her to lose her virginity and be tutored in sex by another member of the theatre who regularly visits prostitutes. But nothing can prepare her for her first sexual experience with Mr. Yee when she is stunned by his violent erotic needs. In other meetings, they try many exotic sexual postures.

This espionage thriller is directed by Ang Lee who has proven his great dramatic skills and visual flair with Brokeback Mountain and Crouching Tiger, Hidden Dragon. This intense drama is based on a short story by Chinese author Eileen Chang, and it deals in a most compelling way with the role-playing, gamesmanship, and danger of espionage as a sport only fit for those who are willing to risk their lives for the satisfactions of secret adventures.

Newcomer Tang Wei gives an astonishingly rich and vivid performance as Wong, a woman who devotes herself diligently to a dangerous political project. In the course of this intense movie she presents at least ten totally different faces to spin the web in which to ensnare Mr. Yee. As an espionage hero, Wong employs ruses and disguises as she chats with the maj jong players or meets with her lover in assigned out-of-the-way places. But to maintain this deception, Wong must constantly be on guard against the discovery of her deception. With all systems working at full throttle, she must ward off fatigue.

At the same time, Wong seems to thrive on role-playing. Excitement accompanies every unexpected development. In one moment, she is taken aback by Mr. Yee's gift of a gorgeous ring. It is this situation that brings her to the most danger she has ever faced.

Lust, Caution is a compelling espionage thriller with a sensational performance by Tang Wei that reveals untold depths to the adventure of role-playing and the surprises of sexual intimacy. 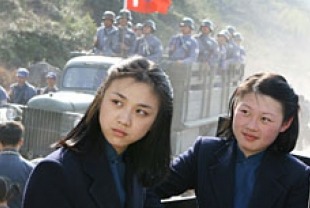 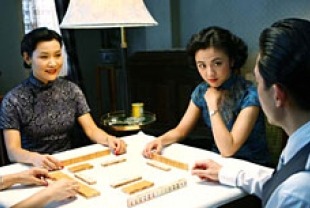 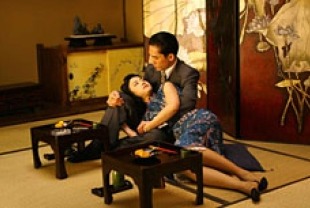 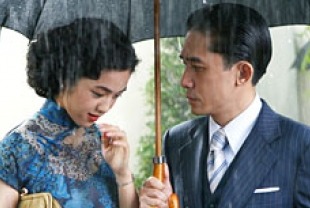