Directed by Menno Meyjes
A comedy masterwork that touches the heart with its portrait of the survival tactics of an abandoned orphan.

David Gordon (John Cusack) is a very successful science fiction writer whose wife died four years ago. He lives in a mansion by himself and has not been able to get going on a sequel to his bestseller. His agent, Jeff (Oliver Platt), is quite concerned about David's writer's block especially since his publisher (Angelica Huston) has planned a big party in six months to launch the sequel.

But this author has other things on his mind. His wife wanted to adopt a child, and now David is wondering whether it is the right thing for him to do. At a children's group home, the director Sophie (Sophie Okonedo) has suggested he meet Dennis (Bobby Coleman), a shy seven-year old boy who was abandoned. Now he spends most of his time in a box away from the other children. He is an uncommunicative, except to say that he is from Mars. Learning that Dennis is convinced he can't tolerate being so close to the sun, David brings him some sunglasses and a jar of sunscreen.

David's sister Liz (Joan Cusack), who is married and has two kids of her own, is concerned that her brother is underestimating how difficult it will be for him to handle this boy with so many special needs and problems. He reminds her that he was an odd kid who had difficulties getting along with others as well. She claims that Dennis is in another league altogether.

David appears before the adoption social worker, Lefkowitz (Richard Schiff), and a review board. He argues that as a science fiction writer he knows that fantasy can be a survival technique, this gives him a special understanding of a kid who thinks he's come from Mars. They agree to the adoption on a trial basis; they want to see how Dennis does in school and adjusts to a new home environment. Seeing that Dennis is uncomfortable in his house, David advises him to "Just think of it as a bigger box."

It comes as quite a shock to his new father that the boy from the red planet will only eat Lucky Charms cereal, loves to take Polaroid pictures, wears a special gravity belt so that he doesn't float away, and claims that he is on a mission to learn to be human in an Earth family before returning home. David's friend Harlee (Amanda Peet) stops by regularly and is impressed with the new addition to the family: she calls Dennis "a little Andy Warhol" and thinks that he is an old soul. David doesn't know about that but he is impressed with the boy's extraordinary talents. For example, he seems to be able to change traffic signals at will and can identify the color of M&M candies by tasting them alone. At school, Dennis is a bust, and the teacher is upset with his habit of stealing from others and hanging upside down during playtime. She claims he needs some sort of special education program.

Based on a Hugo and Nebula Award winning short story by David Gerrold, Martian Child is directed by Menno Myjes. Screenwriters Seth E. Bass and Jonathan Tolins have filled this delightful and engrossing comedy with many insights on parenting and the spiritual challenge of creating a place called home. From the very outset, David shows that he's a great listener who is able to reach this alienated boy where he lives. He talks with him, not down to him. Teaching him to play baseball, he reaches into his verbal playbook and shares an inspiring story about not giving up and being star material no matter how many times you fail. When Dennis is baffled by death, his father tells him about the human capacity to reach out to each other and expect nothing in return.

And best of all, David paints an imaginative picture of the universe as a place of mystery, wonder, and love. Under his attentive guidance, the little boy from Mars is tutored in the art of becoming a rounded human being. And that is why Martian Child is one of the best films of the year. 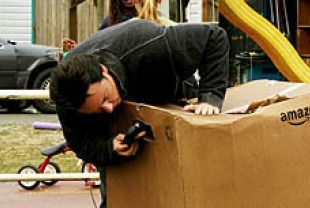 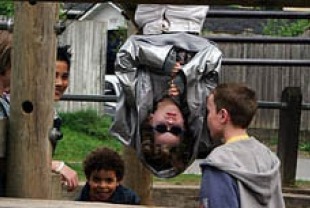 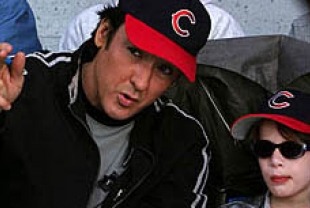 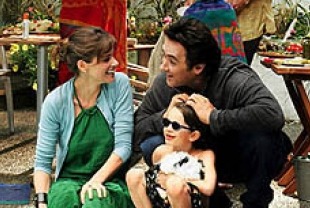 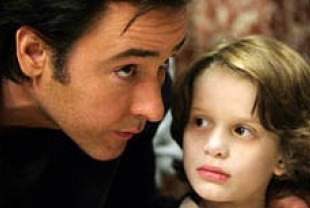