Directed by Chris Weitz
A cautionary fantasy tale for youth encouraging them to be wary of all institutions that stifle the soul and try to limit the spiritual search for truth.

Let's hear three cheers for freedom! Long may it ring in the hearts and minds and souls of children! In this imaginative screen version of Northern Lights, the first part of a fantasy trilogy by Philip Pullman, a feisty orphan embarks on a journey that will test her courage and ingenuity to the max. Lined up against her are the oppressive and repressive forces of the Magisterium, a group of power-hungry men and women who want to control of the minds of the next generation.

Lyra Belacqua (Dakota Blue Richards) is a willful 12 year old who is being raised inside the gates of the prestigious Jordan College where her uncle, Lord Asriel (Daniel Craig), is a distinguished anthropologist. His startling discovery of other parallel universes and his photographs documenting the existence of "dust" that animates life there is considered heresy by the Magisterium. This magical substance flows into humans through their animal companions, called daemons. A daemon is the child's soul, and until the teen years, it may shape-shift until the child settles down into his/her personality. Lyra's demon is sometimes a mouse; other times, a meerkat; and still other times, a larger household cat.

When Lord Asriel heads off to the Arctic North to learn more about dust and other universes, Lyra is given the last Alethiometer, or golden compass. This handy and magical tool shows what is hidden and enables the truth to be found by reading its symbols. But not everyone can read it. Lyra can, which makes her very special to the humans, witches, and others in her world.

Lyra wants to go to the North too, so when the beautiful and exotic Mrs. Coulter (Nicole Kidman) offers to take her, she leaps at the chance. Equally excited for her are her best friend Roger (Ben Walker), son of one of the cooks at the college, who is worried about all the children who are being kidnapped by a group called the Gobblers. But much to her dismay, Lyra discovers that Mrs. Coulter is supported by the Magisterium and behind the Gobblers. They are taking children to a special facility, whose name means the "place of fear," where they are to be separated from their daemons through an "indecision" operation. This, according to Mrs. Coulter, will protect them from the dust and keep them happy because they won't question anything. But Lyra knows this is wrong and thankfully has plenty of allies to help her on her mission to rescue the children: the two gyptians (Jim Carter and Tom Courtenay) and their followers, a cowboy pilot (Sam Elliott), a flying witch (Eva Green), and a fierce white bear (voiced by Ian McKellen).

Writer and director Chris Weitz stages this battle between free-thinkers and authoritarian powers with aplomb. Here are some reasons why we enjoyed this mythological movie. We liked Lyra and her spunk. She is a stubborn and independent young girl who follows her instincts and does what is necessary to protect herself and her friends; of course, this makes her a formidable adversary to those who want to dominate all children. We loved the daemons and the idea that kids are one with their changing souls; if only everyone in our world could have such a special connection to our animal companions. We admired the way Lyra was able to use the golden compass "to glimpse things for what they are." The concept of conscience as a compass is valuable as is the advice given by a gyptian to Lyra to "Hold a question in your mind lightly as if something alive." We can use these approach any time we are faced with a question of discernment.

Our heroine learns to master her fears on her quest, and she models for us the courage it takes to do so. In the battle against the Magesterium army, Lyra's allies encourage her to tap intoi the best that is within her. The saga ends on a high and a holy note as the heroine and her band of compatriots vow to continue their mission "to set things right." We wish her well and hope that youth will take this movie to heart, especially its call to be wary of all institutions that stifle the soul and try to limit the spiritual search for truth. 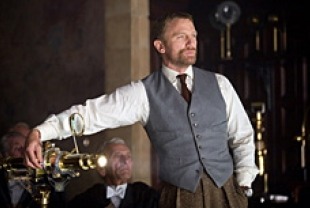 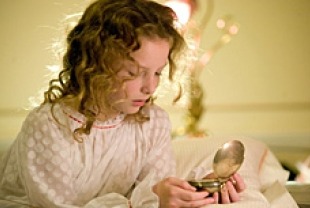 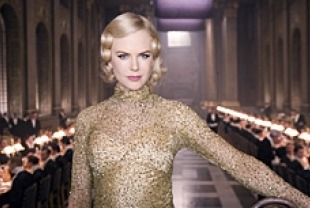 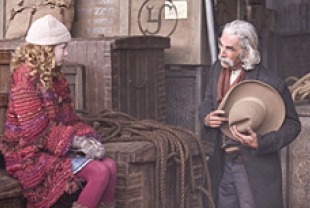 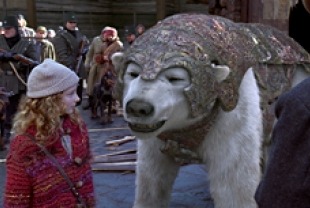