Dr. Seuss' Horton Hears a Who!

Directed by Jimmy Hayward, Steve Martino
A joyous and kind-hearted romp with Horton the caring elephant on a mission of mercy for the small ones.

In these troubled times, grandiosity is the emphasis in all arenas of life from reality TV shows to advertising to politics to corporate power; bigger is better. But it's the way of the small that is most often celebrated by the world's religions. Judaism makes the ordinary sacred by paying attention to the tiny details of daily rituals and manners. Christianity puts forward Jesus' path of simplicity and his many parables about the importance of little things. Zen Buddhism reveals its appreciation of the small in such practices as the tea ceremony and flower arrangement. Taoism salutes small steps as the wisest path to getting in touch with the flow of life.

With this rich tradition supporting and encouraging the world of the small, we were delighted to see that the wonderful screen adaptation of Dr. Seuss' 1954 children's book Horton Hears a Who! follows this spiritual path. This movie does everything just right as it delivers many ethical messages for children and adults alike about tolerance, caring, service to all — no matter their size or perceived importance. The screenplay by Ken Daurio conveys the snap, crackle, and pop of Dr. Seuss' inimitable dialogue and imaginative characters. The animation is by the same team that brought us Ice Age.

At the center of the story is Horton (voiced by Jim Carrey), a caring elephant who turns out to be one of the most lovable and crazy animal characters to show up in a children's movie for many a moon. He lives in the jungle of Nool where he cavorts with his young friends. Horton is a big creature with a large heart and a playful spirit. One day he hears a noise coming from a tiny speck of dust floating past him. Through patience and curiosity, Horton eventually learns that this little particle houses a city named Who-ville inhabited by many tiny citizens led by the Mayor (Steve Carell). The elephant, who is known for his faithfulness (always 100%), decides that it is his mission to save the speck. His personal creed is "a person's a person no matter how small."

Even though they cannot see each other and are in completely different and alien worlds, Horton and the Mayor establish a caring relationship based on trust and the spiritual practice of listening. Horton tenderly places the speck on a clover flower and sets out to find it a safe place to reside. You'd think this would be an easy enough task.

But Horton faces a formidable obstacle in Kangaroo (voiced by Carol Burnett), a power-hungry do-gooder who winces when she learns that Horton believes he has made contact with a realm that he can't see or touch. Of course, Horton says to his friends, "If you were way out in space and looked down at where we live, we would look like a speck." It is this creative use of imagination that frightens Kangaroo (she "pouch schools" her son Rudy). She worries that Horton will encourage the children in the jungle to use their imaginations and live in a fantasy world. In order to stop Horton, she arranges to have Vlad Vlad-I-Koff (Will Arnett), a large and ragged black-bottomed eagle, to get rid of the particle. In the film's most cleverly constructed scene he pursues the elephant who is forced to cross a rickety bamboo bridge over a deep gorge.

Back in Who-ville, the Mayor tries to deal with his own problems, such as giving quality time to each of his 96 daughters and one son. He is most concerned about the boy Jo-Jo who he hopes will one day take his place as mayor. But his biggest challenge is to convince his constituents that they are in danger; after all, nothing in Who-ville had ever gone wrong. The Council Chairman of Who-ville is bound and determined to celebrate 100 years of happiness and harmony. He convinces the community to not heed the Mayor's fears of doom and gloom. As Vlad swoops down after Horton the small world of Who-ville is rocked and badly shaken to the core. Two heroes emerge just when Horton desperately needs some help.

There are so many things we loved about this movie. Here are a few of them.

• The voicing by Jim Carrey as Horton brings out all this character's playfulness, creativity, and determination. Steve Carell as the Mayor conveys a whole range of emotions, making this figure one we can truly identify with.

• The movie's message of reverence for all things — down to the smallest and seemingly most insignificant — is a key spiritual teaching desperately needed in our time of wildlife extinctions, habitat destruction, and other dire effects of our disregard for the non-human environment. Kids need to learn at an early age to see everything as sacred in the universe, worthy of both respect and their active caring.

• Many movies these days try to rile up the audience with ear-shattering noise and eye-dazzling action sequences. This one creates experiences of awe out of simple ideas to contemplate. Such as: What if there are worlds within worlds? How is our safety and happiness dependent upon the love of something much bigger than we are?

• For years we have been commenting on the wrong-headedness of dualistic story lines in children's movies, pitting good guys against bad guys, where an evil enemy brings havoc into the lives of people and then is dispatched to a gruesome death. Watch closely how this story deals with the villainy of Kangaroo, who tries to make sure that Horton's mission of mercy ends in disaster. The way she is handled is truly spiritual.

In tribute to Dr. Seuss, one critic said that he consistently took the side of children and saw things from their perspective. After romping through this movie with Horton, you'll want to take the side of all small beings and make sure that they achieve their share of happiness, light, and love. 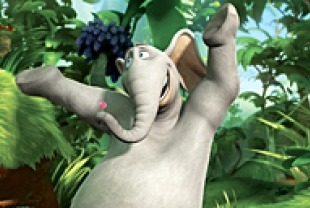 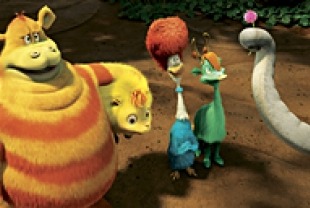 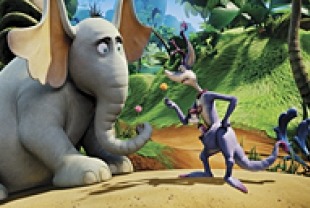 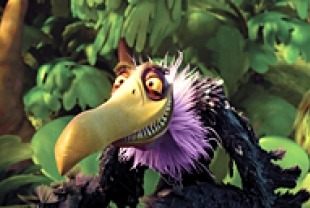 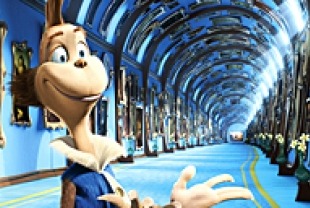 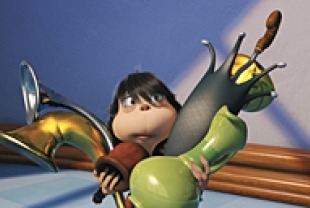