Directed by Lee Isaac Chung
Two friends in Rwanda dealing with the fallout from the genocide which lingers in their consciousness and souls.

Ngabo (Jeff Rutagengwa) and Sangwa (Eric Dorunkundiye) are close friends who work together doing odd jobs in the Rwandan capital of Kigali. They decide to leave the city and seek employment elsewhere. On the way, they stop off for a visit in Sangwa's rural village. He hasn't seen his father or mother for three years.

His father, a recovering alcoholic, is angry with him for abandoning them and not keeping in touch. Sangwa tries to win back their affection by working in the fields and repairing a brick wall in their home. Meanwhile, Ngabo spends time with one of Sangwa's former friends who loves to entertain people with his fanciful stories. Sangwa's father doesn't like Ngabo and believes that he has brought trouble to the household and bad vibes to the rural community.

Korean American filmmaker Lee Isaac Chung has made a riveting and emotionally poignant film about the moral fallout from the genocide which tore Rwanda apart. It turns out that the real reason for Ngabo's trip is to murder the man who killed his father. He still bears the terrible memories of those times and can barely remember his father's face.

It is depressing to realize how the seeds of violence, distrust, and hatred can linger in people's souls and consciousness for years. When Ngabo arrives at his destination, he encounters a poet who recites "Liberation Is a Journey," which points to peace and reconciliation as the healing balm that the people of Rwanda still need to experience. 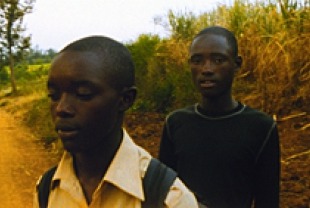 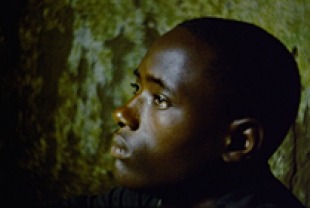