Directed by Tom McCarthy
A touching and impressive film that depicts the way a professor's closed-off heart is opened by music, friendship, and love.

Sixty-two-year-old Walter Vale (Richard Jenkins) is a professor of economics at a Connecticut college. He's lost his zest for teaching and doesn't seem to care about anything anymore. A widower, he spends his days on campus in lonely isolation. At home, he is trying to learn how to play the piano, perhaps as a way of connecting with his dead wife who was a concert pianist and teacher. But even this effort to find something to engage his interest falls flat.

Sent by his department to read a paper he co-wrote at a conference, Walter heads off to New York City, where he still has an apartment. He is startled to find a couple living there. Tarek (Haaz Sleiman), a Syrian, and Zainab (Dania Gurira), his Senegalese girlfriend, have been duped into renting the place by the real estate scammer. They hurriedly pack to leave. But in the first of a series of risks, Walter opens his closed-off heart and says they can stay for a few nights.

Walter attends the conference in the day, Zainab sells jewelry she has created on the streets, and Tarek pursues his passion for drumming at various jazz clubs. It is their mutual interest in music that draws Walter and Tarek together in a slowly unfolding friendship. He begins to teach the aging academic how to play the African drum. It is another key that unlocks Walter's heart.

This is the first film written and directed by Tom McCarthy since his stunning debut The Station Agent, another character-driven drama. Here we see how the alchemy of music and friendship transform a burnt-out man. It is fascinating to watch as Walter, long used to withholding himself from others, enters the alien world of Tarek and Zainab, who are so different from him in every way. He listens to this exuberant Syrian musician perform in a local jazz club and then joins him in a Central Park drum circle.

Returning from that adventure, Tarek is stopped by the police in the subway, wrongly accused of jumping a turnstile, and taken away. From Zainab Walter learns that they are both illegals, in the country without documentation, and this means Tarek will be held for possible deportation. Her worst fears coming true, Zainab goes to live with a relative. Walter hires an immigrant lawyer and begins to regularly visit Tarek in a Queens detention facility. In a very touching scene, the professor shows his friend that he's been practicing drumming by beating on the counter. In another, we sense Walter's shock to discover that these people he has grown to know and like could not "belong" in America.

When Tarek's mother Mouna (Hiam Abbass) arrives from Michigan after not being able to reach her son on his cell phone, Walter extends more hospitality to her. Tarek had shared the story of their life in Syria and the imprisonment and death of her husband, a journalist. From his unlikely friendship with Tarek springs a deep connection with this woman.

The Visitor is one of the most touching and impressive films of the year with its tender depiction of how a closed-off professor's heart is opened by music, friendship, and love. Tom McCarthy shows us that our lives can be irrevocably changed by the small choices we make. So many movies present the barriers that keep people and especially strangers apart from each other. This one dares to celebrate the deep human connections which can be forged out of racial, cultural, and religious differences. Best of all, music is the glue that lifts the spirit and brings people together in new and interesting ways.

Special DVD features include an inside look at The Visitor; a commentary featuring director Tom McCarthy and actor Richard Jenkins; playing the Djembe; and deleted scenes. 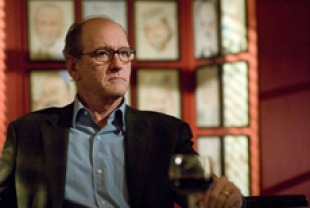 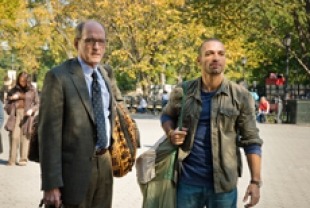 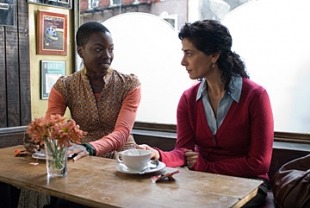 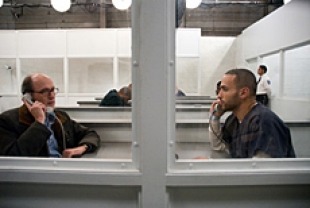