Directed by David Volach
A parabolic Israeli film which speaks volumes about the nature of devotion to God.

Menachem (Ilan Griff) lives with his father, Rabbi Edelman (Assi Dayan), and his mother, Esther (Sharon Hacohen Bar). They are members of the ultra-orthodox Haredim community of Jerusalem. The rabbi has devoted his life to study of the Torah and constant communication with God from the moment of arising in the morning to the blessing for sleep at night. Menahem is a very curious boy who is attracted to the world of animals. At school, he dutifully learns a song about the story of Abraham and Isaac. In the evenings while his father studies sacred texts, Menahem is required to read as well.

On the way home one day, he sees a woman being taken out of a building on a stretcher to an ambulance. Her loyal dog leaps into the vehicle and wants to rest beside her. A neighbor takes the dog away. Menachem sees the caring spirit of the animal and later asks his father: "Why do animals have no soul?" The rabbi explains that only human beings have souls and the will to make choices. In another lesson, he makes it clear that God's providence is only for human beings and limited to righteous Jews.

Esther is very close to her son and sees that his questions are bothering his father. She winces when her husband orders Menachem to destroy a small photograph with an image on it that he considers idolatrous. The anger in his voice frightens Esther, and she worries about a rift between father and son. But better times are on the horizon; the family is looking forward to a trip to the Red Sea. While Esther and Menachem wait for the rabbi, he shoos away a mother dove who is feeding two baby birds in a nest on a window of the school. The rabbi claims that his cold and cruel act is advised in the Torah. The little boy's heart sags when he realizes that the babies are now on their own and may die.

At the beach, Esther must go a section where only women are allowed whereas Menachem and his father go to another section of the beach. The boy loves floating in the Red Sea. Then all the men must get out of the water for afternoon prayers. While his father is wrapped in prayer, Menahem slips away on his own adventure.

My Father My Lord is the film debut of director David Volach, and it is a beautifully rendered drama about the rigors of Jewish Orthodox practice and the challenges it poses for the natural curiosity of children and the unfolding of individualism. The filmmaker has great respect for the devotional life exemplified by Rabbi Edelman but is critical of his lack of empathy for his son. He has made a very parabolic drama about the human slights and hurts that can occur when one's attention is riveted on obedience to the rigors of faith. 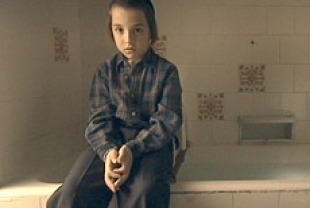 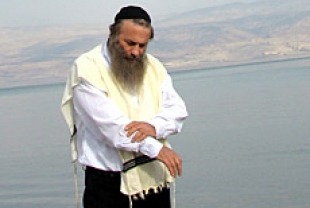 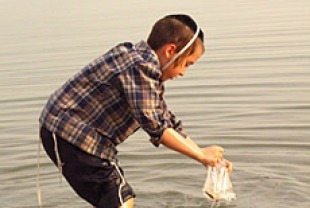