Directed by Alan Ball
A daring film that puts us in the skin of a pretty 13-year-old Arab-American and the challenges and dangers brought into her life by her budding sexuality.

Jasira (Summer Bishil) is a pretty 13-year-old Arab-American who is living in Syracuse with her mother Gail (Maria Bello) and stepfather. But she is sent away to Houston to live with her father Rifat (Peter Macdissi) when her blooming sexuality upsets the household. The move jolts Jasira who doesn't know what to expect. Her father is a Lebanese Christian who is almost Puritanical in his views of the body and chastity. For instance, he slaps her for dressing too sensually and when he discovers that she has begun her period, he refuses to let her use tampons which he says are only for married women.

Rifat works for NASA during 1990 and is very sensitive about all the anger swirling around the first Gulf War. He is happy when Jasira gets a job babysitting Zack (Chase Ellison), a ten-year-old neighbor. He secretly has a stash of girlie magazines which she discovers and finds appealingly mysterious. When Zack's father, Mr. Vuoso (Aaron Eckhart), an Army reservist, finds out about this, he is turned on by Jasira's innocence and openness to her own sexuality. At her house, he makes his move, which is entirely inappropriate.

Jasira's troubles continue at school where she is ridiculed for being an Arab. The only one who takes an interest in her is Thomas (Eugene Jones), a quiet-spoken African-American. When Jasira's father, who is dating a co-worker, finds out that she is dating a black, he tells her that she cannot see him again. Yearning to be accepted, Jasira finds a strong ally in Melina (Toni Collette), a pregnant neighbor who is frightened about her visits with Mr. Vuoso and appalled at her father's callous treatment of her. She gives this sexually awakening girl a copy of Changing Bodies, Changing Lives to read. Melina and her husband Gil (Matt Letscher) offer their home as a sanctuary if she ever needs one.

Towelhead is one of the most original and daring films of the year. Alan Ball has adapted the story from a novel by Alicia Erian, and it marks his debut as a feature film director. He is no stranger to controversy having penned the screenplay to American Beauty and served as the creator and executive producer of "Six Feet Under," the critically acclaimed HBO drama series. In an interview, Ball had this to say about Erian's novel:

"I read it over a weekend and fell in love with the world and the characters. I found so many things about it compelling. It took me to so many places I didn't expect. By turns, I thought it was horrifying, hilarious, touching, ugly and at the same time, wonderful and liberating. . . . . Usually when you read a story about a young girl who undergoes any sort of sexual abuse or assault, the implication at the end is always that she's damaged for life. But it's such a statistically common experience for so many young women (and young men) that I found it truly refreshing that Jasira is not ruined by what she goes through, but that she comes out of the experience more powerful, with a healthy sense of who she is and with her own healthy sexuality very much intact."

It's not very often that a filmmaker puts us in the skin of a sexually awakening girl who is caught up with all the changes in her body as she experiences menstruation, raging hormones, losing her virginity, and orgasms. In an astonishing performance, 18-year-old Summer Bishil vividly conveys Jasira's yearning to be loved and accepted for who she is by her selfish and dogmatic parents and all the other people in her life. 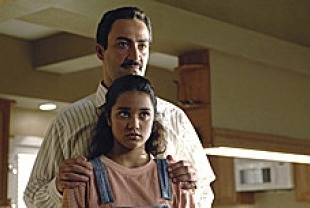 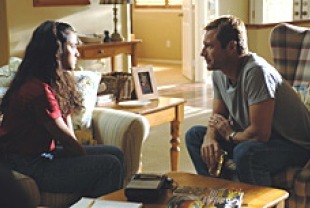 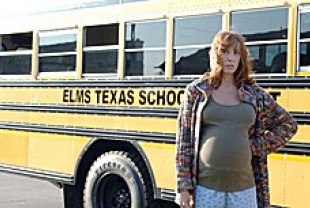 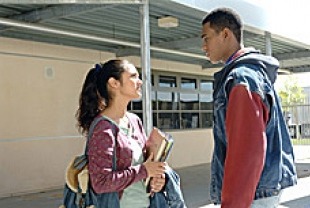